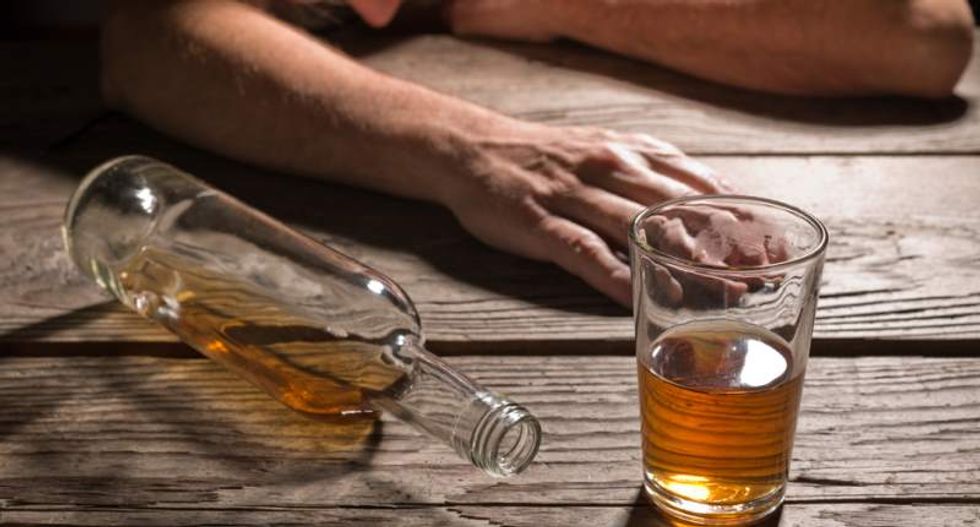 'Drunk man with a glass of brandy' [Shutterstock]

An Oklahoma bill to ensure sex crimes do not go unpunished because victims were unconscious or intoxicated when they occurred headed to the governor on Monday after receiving strong support in the Republican-dominated legislature.

Lawmakers amended the current law after Oklahoma's highest criminal court in March ruled the state's law on forcible oral sex does not address sexual assault cases involving people who were either unconscious or intoxicated when they were victims of abuse.

Governor Mary Fallin, a Republican, has not said whether she will sign the bill.

The measure imposes a punishment of up to 20 years in prison and will take effect immediately if the governor approves it.

The state's rape laws allow for punishment for forcible sexual intercourse for a victim who was unconscious or intoxicated at the time of the act.

The March court ruling was in response to allegations that a 17-year-old Tulsa boy sexually assaulted a girl after a night of drinking. A lower court judge had dismissed the case last year.

"Sodomy cannot occur where a victim is so intoxicated as to be completely unconscious at the time of the sexual act of oral copulation," the state's highest criminal appeals court said in its ruling.