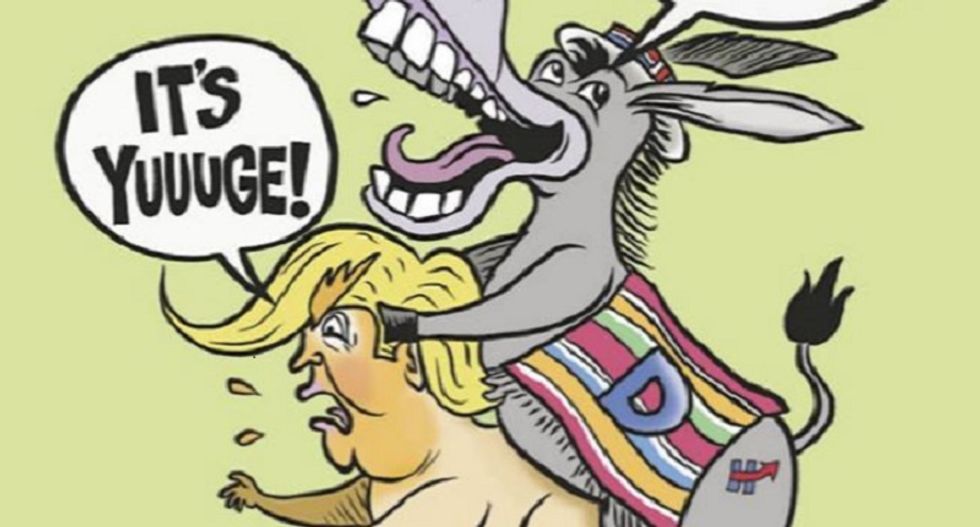 Orange County's alternative paper, or "infernal rag," as its chief editor calls it, went blue with its campaign coverage on Thursday.

The OC Weekly's edition this week features a cartoon of a nude Donald Trump in a compromised position with a Democratic donkey on his back. The GOP front runner says, "It's yuuuge!"

"For more than a year, the presumptive GOP presidential nominee has peddled all sorts of nasty myths against Mexicans, from painting undocumented immigrants as rapists and Typhoid Marias to insisting a massive wall on the U.S.-Mexico border will make America great again," writes OC Weekly editor-in-chief Gustavo Arellano.

Arellano, who pens the paper's column ¡Ask a Mexican!  and also writes for the animated series Bordertown, explained that the cover plays off yet another racist stereotype -- the "fevered" fantasy cooked up by white Americans that "donkey shows," in which a donkey and female prostitute copulate in front of a paying audience, are the norm in border towns like Tijuana.

"His campaign has grown as grotesque as a donkey show, those Tijuana spectacles that exist only in the fevered minds of gabachos, and it made a stop in Costa Mesa last week, with Trump the featured star and the Weekly documenting every scream, punch and lie," Arellano wrote. "So it’s also only fitting legendary cartoonista Lalo Alcaraz capture the moment, you know?"

Arellano credits the Weekly's sister publication, the Riverfront Times, for the idea. In 2012, that paper featured former Missouri Congressman Todd Akin getting mounted by the Democratic donkey. Akin became infamous for comments about the female body not being able to conceive if rape is "legitimate."

"Besides," Arellano writes, "Democrats violating Trump from behind is what he can expect when he faces Hillary Clinton come November. Enjoy our package, and don't forget to register to vote!" 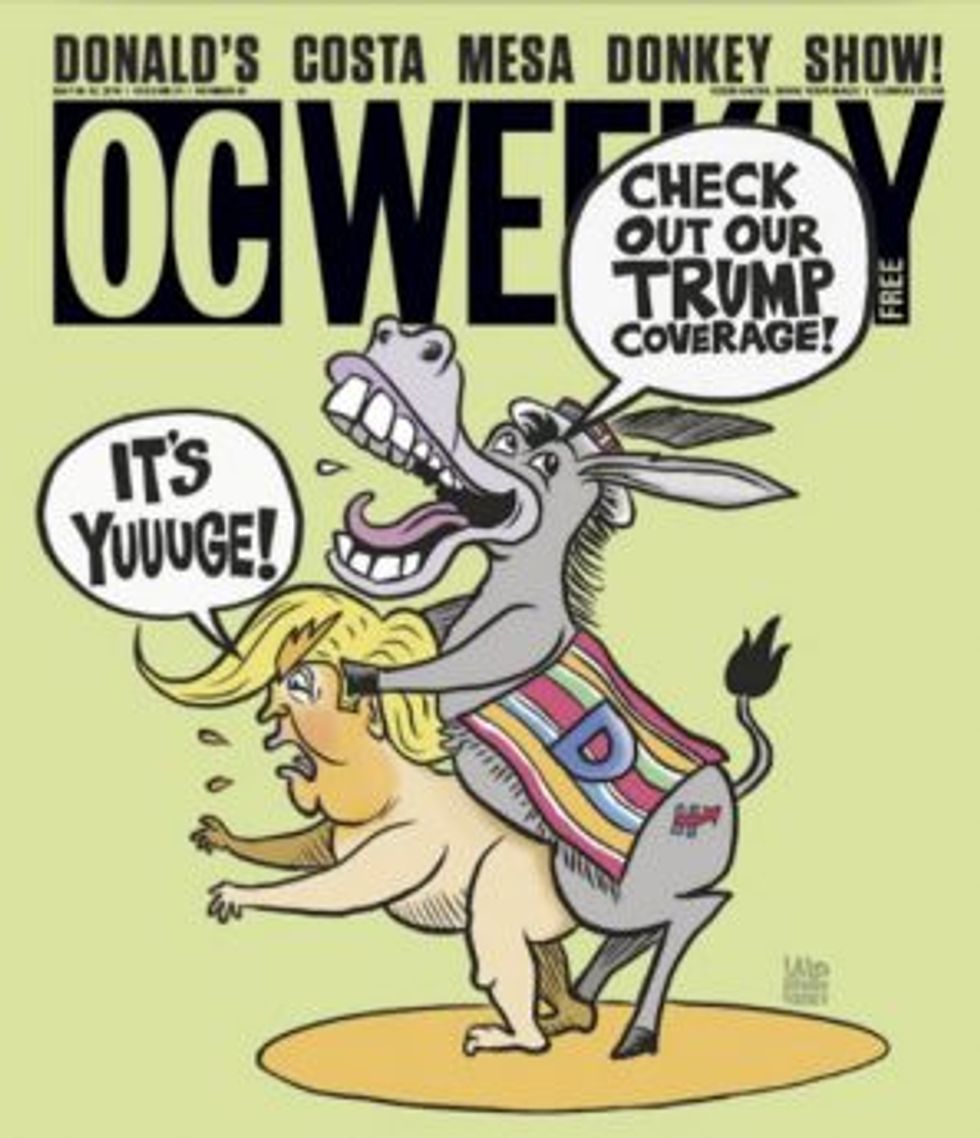