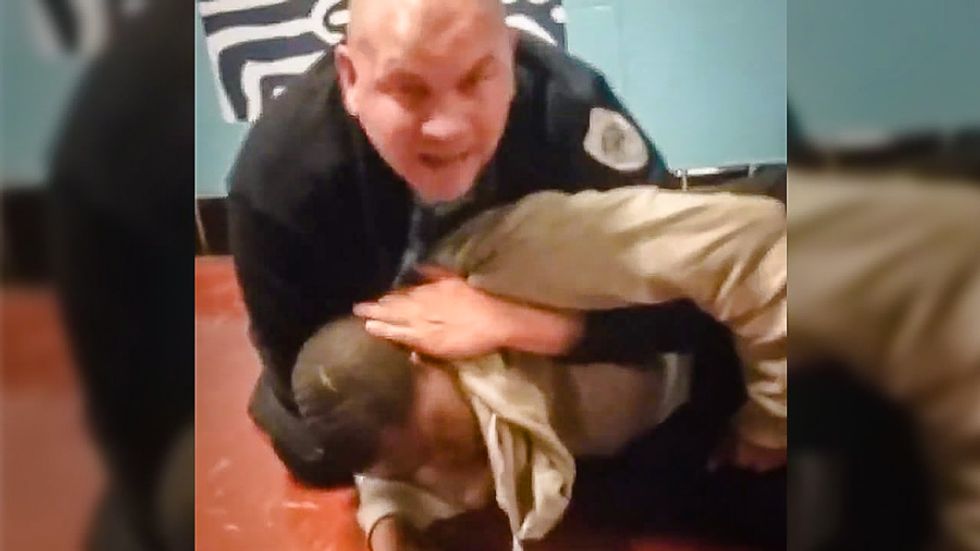 An advocacy group representing public school students in Philadelphia criticized a local police officer for allegedly causing one student to suffer a concussion in an encounter over a pass to the bathroom.

A spokesperson for the local school district, Fernando Gallard, said Burney, a senior at Benjamin Franklin High School, encountered Maciocha on May 5 while trying to use a restroom. However, the school's bathrooms are locked and can only be opened by a faculty member or school officer like Maciocha after a student gives them a pass. Burney did not have a pass with him at the time.

The union said in a statement that Burney threw an orange against the wall after the two got into an argument.

"[Maciocha] retaliated by punching him twice in the face, slamming him down and began choking him. Many students gathered around and yelled at the officer to get off of Brian," the statement read. "Another student at the school began recording Brian, who was in a chokehold. While recording the video, the student was told to delete the footage or be at risk of arrest."

At that point, the union said, an unidentified teacher took the witness' phone and deleted the video. The PSU did, however, post a 13-second clip showing Maciocha grabbing Burney from behind and ordering him to put his hands behind his back.

Gallard said that Maciocha was using a "restraining hold" against Burney and not choking him. He also accused the student of escalating the confrontation and hitting his own forehead on the ground.

The PSU said in its statement that officers have subsequently harassed both Burney's mother and his uncle.

Watch footage of the incident, as posted online, below.

Assault at Ben Franklin from Philly Student Union on Vimeo.