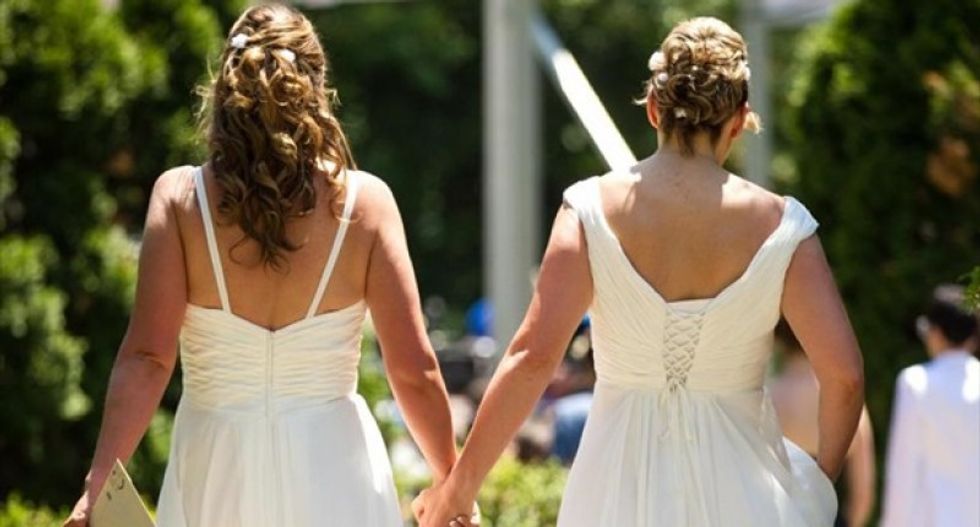 Two Phoenix women who specialize in designing wedding-related artwork filed a lawsuit calling for the city's anti-discrimination statutes -- which covers LGBT residents -- to be overturned, the Arizona Republic reported.

The suit was submitted by the conservative group Alliance Defending Freedom on behalf of Joanna Duka and Breanna Koski, who described themselves as evangelical Christians fearing legal action if they refuse to comply with the statute.

"Joanna and Breanna believe that God created marriage as a union exclusively between one man and one woman," the suit stated. "And they cannot create art for events that celebrate any other kind of marriage, including same-sex marriage."

The ordinance, which was approved in 2013 by the city council, prohibits privately-owned businesses from discriminating against LGBT residents, and states that business proprietors that refuse to comply could face a $2,500 fine and six months in jail. An attorney for the two artists, Jeremy Tedesco, said that it violates the state constitution's free speech and religious toleration clauses.

"Artists shouldnt be threatened with jail for disagreeing with the government," Tedesco said in a statement. "The government must allow artists the freedom to make personal decisions about what art they will create and what art they won't create."

Mayor Greg Stanton, who voted in favor of the ordinance, has already promised to "defend it aggressively." Attorney and LGBT advocate Brendan Mahoney, who helped write it, also criticized the lawsuit.

"Fifty years ago, people argued that their religious beliefs protected them and allowed them to refuse to serve blacks at white-only lunch counters," he said. "The only difference today is now we're talking about gay people."