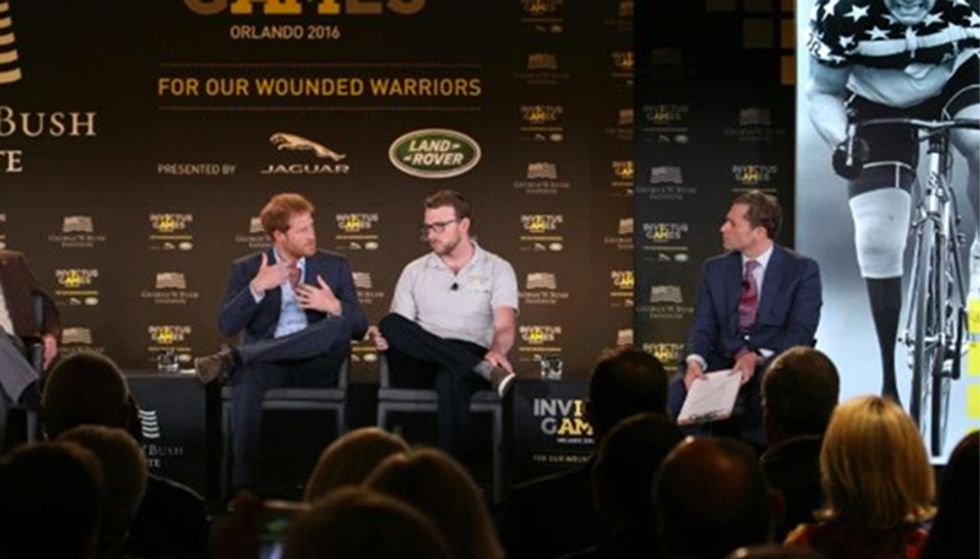 Britain's Prince Harry opened the Invictus games for disabled war veterans and awarded the first gold of the 2016 event to France.

Harry, fifth in line to the throne and patron of the Games, welcomed sportsmen, women and supporters to the huge event in Orlando, Florida, being broadcast by sports network ESPN.

"Their stories are as amazing as they are unique. They focus on what can be achieved, rather than what can't," said the prince of the ex-servicemen and women, often amputees, who suffer higher than average rates of depression as well as post traumatic stress disorder (PTSD) and traumatic brain injury.

The games are aimed raising awareness of the needs of service veterans -- many of whom lost limbs in combat zones -- to adapt to their "new normal" after life-changing experiences.

The prince himself served in the British army and performed tours of duty in Afghanistan.

Archery, track and field athletics and powerlifting were among the events on Sunday's opening day.

The French team triumphed in the test of communication, teamwork and strategic planning skills.

US President Barack Obama lauded the Invictus games as a way to make sure people see not only the sacrifices wounded warriors have made, "but also the incredible contributions, strength and courage that they continue to display" during a visit by Prince Harry to the White House in October.

The Invictus games, first held in London in September 2014, continue until May 12 in Orlando.