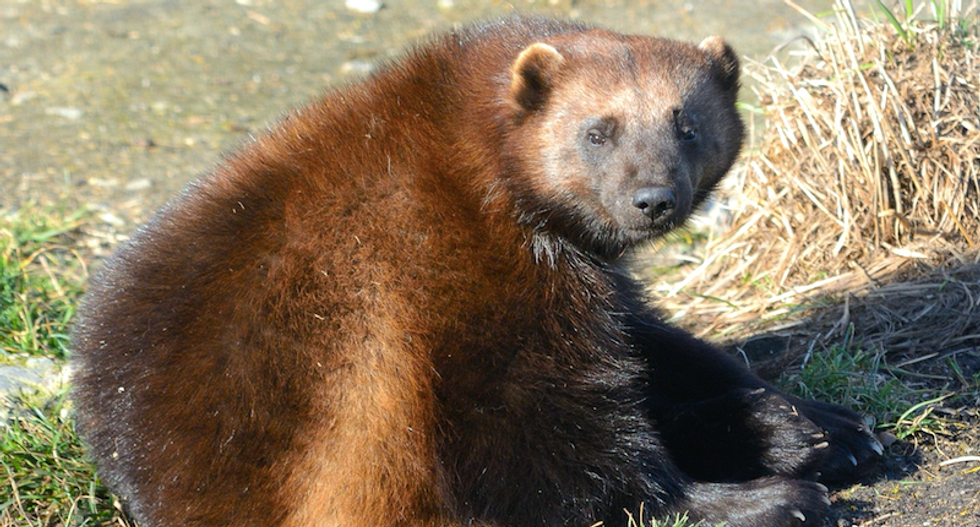 A rancher shot and killed the first wolverine spotted for more than a century in North Dakota -- where the animals had been eradicated.

Researchers had been tracking the omnivorous animal, known as M56, since 2008, when a transmitter was placed under its skin after its capture just south of Yellowstone National Park, reported the Grand Forks Herald.

The North Dakota Game and Fish Department said the wolverine wandered into Colorado in 2009 and stayed for at least three years, but researchers lost track of M56 at that point because the transmitter's battery apparently ran out of power.

Researchers wondered what had happened to the wolverine until last month, when the animal was shot and killed by a rancher in McKenzie County, North Dakota -- about 700 miles from where it was last spotted.

The wolverine, the largest member of the weasel family, was the last seen in the state in the mid-1800s, when farmers, trappers and ranchers killed or drove out every single one in North Dakota.

M56 was killed for the same reason as many of its ancestors.

The rancher who shot the animal said he spotted the wolverine harassing his livestock, so he killed it.

State law permits landowners and their tenants or employees to kill any wild fur-bearing animal -- except bears -- to protect poultry, domestic animals or crops.

Authorities said the shooting was justified under North Dakota law.

A biologist who conducted a necropsy on the wolverine found the tracking device, which allowed researchers to identify it as M56, who was found to be about 8 or 9 years old and healthy when it was killed.

"A wolverine in North Dakota is pretty darn significant and neat," Williams said. "We’ve had some reports and sightings in the past, but to have them confirmed and to have the transmitter associated with the history it provides is really cool for people to see.”

The last confirmed wolverine in North Dakota was seen about 150 years ago, and the closest population of the species is the mountains of Montana and the forests of northern Canada.

Some unconfirmed sightings have been made recently in northwest Minnesota.

The U.S. Fish and Wildlife Service is debating whether to list the wolverine for protection under the Endangered Species Act, and federal judge recently vacated the agency's decision not to list the animal as threatened.