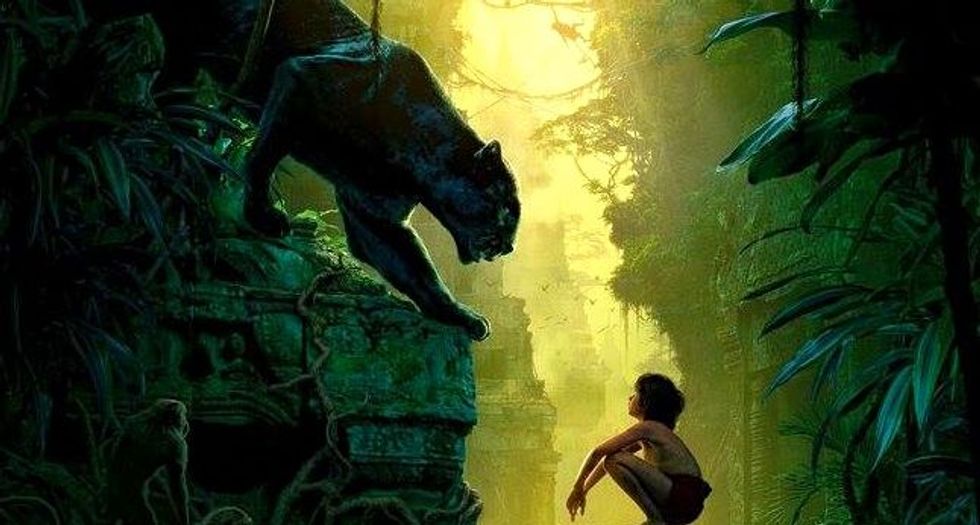 I recently became a first-time mother. In addition to my daughter, Myrtle, I share my home with a motley collection of rescued animals including dogs, cats, horses, chickens and pigs. This multi-species, multi-generational co-habitation – along with the release of a new adaptation of Rudyard Kipling’s The Jungle Book – left me thinking about the phenomena of feral children, a topic I had considered in my book about human-animal interactions more generally. Certainly in some exceptional circumstances I can now appreciate how it might be possible for a human child to be cared for by a non-human surrogate. 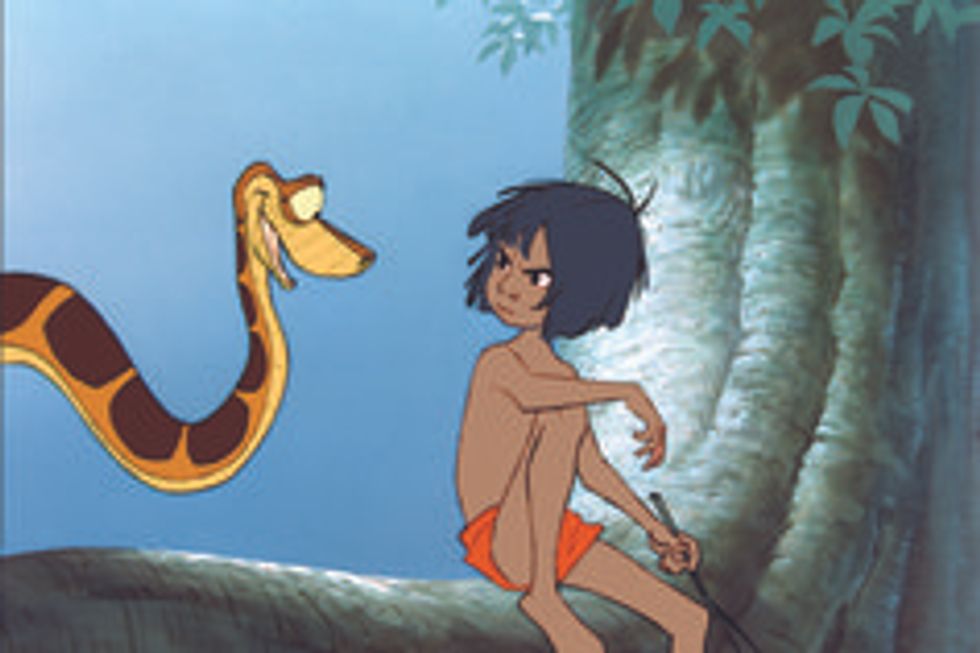 In Kipling’s original The Jungle Book, published in 1894, the “man-cub” Mowgli is taken in by a wolf pack after he is separated from his human parents by Shere Kahn, the tiger. The choice of wolves as parental stand-ins for the lost human toddler is arguably more plausible than him being taken in by the Indian rock python Kaa, who, contrary to portrayal on screen as a villain, is one of Mowgli’s friends and mentors in the book – although there are some documented cases of children being befriended by benevolent pythons.

The canidae family, which include wolves, dogs, and foxes, are the classic surrogate carers for feral human children, featuring regularly in mythological as well as historical and ethnographic accounts. The alleged ability of these animals to raise human children has ancient antecedents in the legends surrounding the foundation of Rome when twins Romulus and Remus were suckled by a she-wolf. 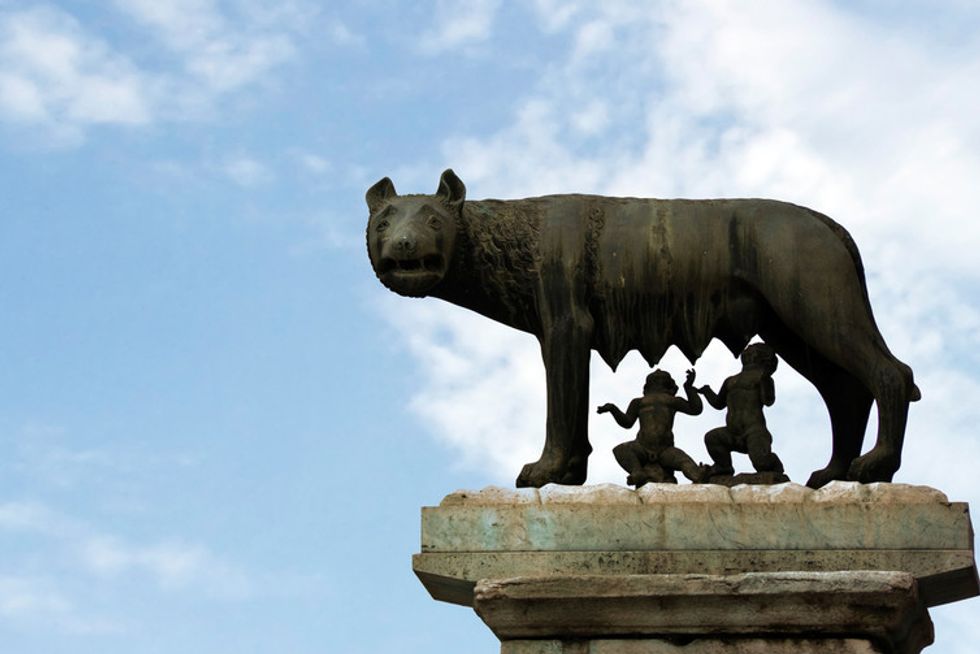 Throughout history, accounts of so-called “feral children” have captivated the attention of public and academic audiences alike. The “wolf children of Midnapore” is a particularly well-known historical case, where two young girls were found living with a she-wolf and her cubs. The girls did not speak (but howled), moved on all fours, and when they were taken to a local orphanage, preferred the company of the resident dogs to the other children. The persistence of isolated but documented instances of humans raised by or alongside animals continues to fuel our interest.

Take John Ssebunya who, as a three-year-old child in Uganda in 1988, ran away from home after witnessing his father murder his mother. Ssebunya was “adopted” by a troop of vervet monkeys and taught by them how to forage. What makes his story different from many of the other accounts is the fact that he had some human socialisation prior to his incorporation into a non-human social group, and was able to communicate his experiences on his reincorporation into “humanity”.

Like primates, wolves and dogs are highly social and all members of the pack will participate in the care of puppies or cubs. Wolves can also enter into friendships with animals who would, in other contexts, represent appropriate prey. An example dating back to 2007 but which did the rounds on social media recently told the story of an unlikely friendship which developed between a captive wolf and the decrepit donkey who was introduced into the enclosure as live prey. According to some of the people involved in rescuing the pair from their incarceration, the wolf was terrified and the donkey had taken on the role of protector.

In The Jungle Book stories, Mowgli is taught about how to survive in the wild by Baloo, the bear, and Bagheera, the leopard. While such a trio might seem unlikely friends, again there are examples of similar cross-species friendships. For example, the case of a lioness at the Lewa wildlife reserve in Kenya who has repeatedly “adopted” Oryx calves over a period of several years.

Another arresting example, documented by wildlife filmmakers Dereck and Beverly Joubert (above), was the leopardess who they named Legadema, and her cub. After Legadema’s first baboon kill a small baby baboon was left attached to the dead body of its mother. Rather than killing it or ignoring it to eat her meal, Legadema picked up the infant when it reached out to her and carried it up a tree where she groomed it, carrying it higher each time it cried. The pair eventually curled up together and slept, but the baby died in the night and it was only then that Legadema returned to the mother baboon’s body to eat.

Such examples might be dismissed as the exceptions that prove the rule and we don’t know what would have happened in the long term. However, there is a clear and well documented case of inter-species adoption, by primatologists, in which a baby marmoset was taken in and cared for into adulthood by a group of wild (but provisioned) capuchins. 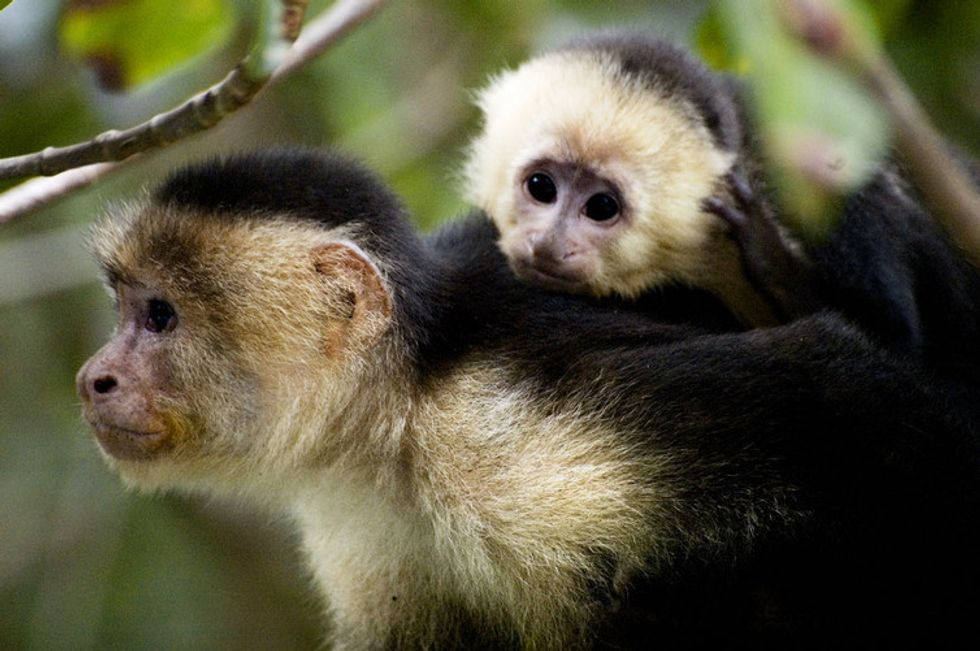 Capuchins have been known to adopt.

The ability (or even inclination) to (attempt to) raise the young of another species suggests the possibility of inter-species communication and empathy. Legadema might just have been responding to an innate maternal instinct. But the fact that she engaged with the baboon as a “baby” as opposed to a potential food source was the result of some form of mutual understanding between them; the baby reached out to her, and she responded to its request for comfort.

A final case which brings us back to human children and canines was documented in 2015. A malnourished and neglected two-year-old child was found by authorities in Chile being breastfed by a neighbour’s dog.

Stories of feral children are widely disputed by academics and are also seen as sensationalist by popular audiences. This is because the ability of other animals to raise human children calls many long-standing assumptions about human uniqueness and superiority into question. However, our knowledge of the capabilities of other animals is increasing rapidly. As a result we are forced to recognise that they too are capable of many behaviours and actions previously thought to be exclusively human. Also increasing are documented cases of animals from a variety of different species showing empathy towards vulnerable others. Or rescuing them from a range of different circumstances. And so the stories of feral children become more plausible.

Samantha Hurn, Lecturer in Anthropology and Programme Director for MA and PhD Anthrozoology, University of Exeter