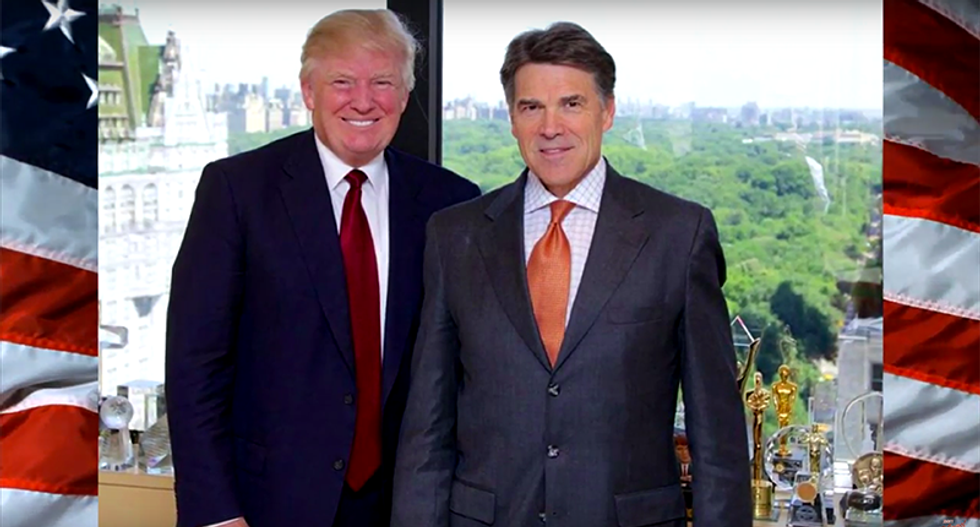 Last year, Rick Perry called Donald Trump a cancer. But now, he’s saying that cancer is exactly what America needs to succeed. Jimmy Kimmel unleashed the fake Rick Perry endorsement ad that might do the trick to explain away Perry's previous insults.

"I'm proud to support that cancer for president of the United States," Perry begins in the fake ad. "We need growth and that's what cancer is, a growth, right?"

"And some cancers are benign," fake Rick Perry says, before launching into a story about his great uncle with a diseased polyp in his colon. "I believe that's the kind of cancer Donald Trump will be as president: Benign-ass cancer. That's why I would be proud to stand beside him. I would be like, I don't know, hemorrhoids, popping up all across America."

"This year, Americans have a choice," He says — showing photos of President Barack Obama and Hillary Clinton. "Do you want four more years of the same failed, liberal agenda? Or hemorrhoids and ass cancer? I know you'll make the right choice."

I'm sure people will. Check out the video below from Jimmy Kimmel Live.