Sanders fan Michael Moore: I could only get behind Trump 'to help push him somewhere' 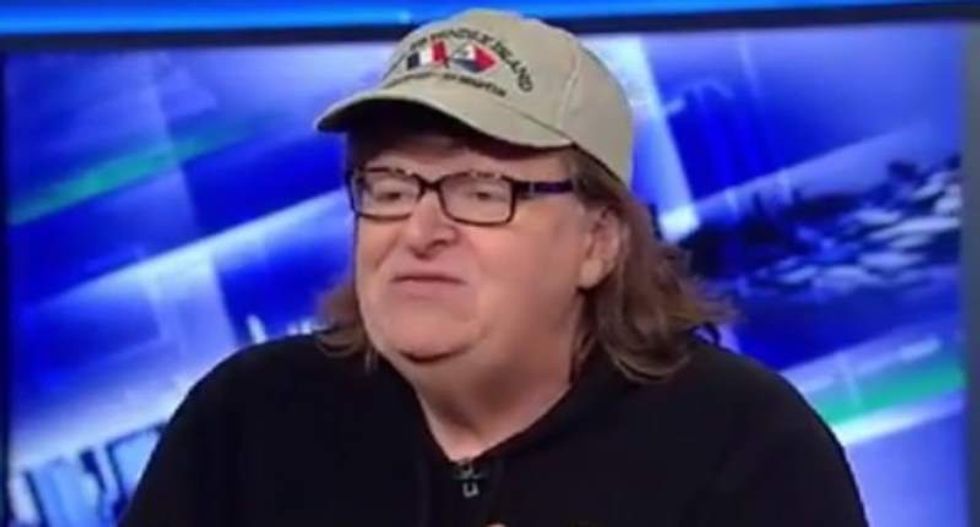 Filmmaker and Bernie Sanders supporter shot down the idea in an interview with Fox News host Megyn Kelly on Thursday that he could vote Republican in the general election.

"Let's say it is Trump-[Hillary] Clinton," she said. "A guy who understands the working class, has made some films involving them, from Flint, Michigan. Could you get behind Donald Trump?"

"Only to help push him somewhere," Moore quickly responding before adding, "Wait a minute, he has Secret Service protection now; I shouldn't say that."

"You'd be the one getting pushed," Kelly quipped.

"I would push him to a more gentle place away from everybody," Moore said.

Kelly argued that a number of voters who have backed the Vermont senator thus far in the Democratic primary process have indicated they would support Trump, the presumptive GOP presidential nomination instead of Clinton, should she win her party's nomination.

Moore countered by saying that Trump was "not what he made himself out to be" to his conservative supporters.

"So couldn't a guy like you get behind him?" Kelly pressed.

"No. His problem's gonna be when he tries to walk back all the crazy stuff that he said," Moore responded. "What's gonna happen to the people who voted for all that crazy stuff?"