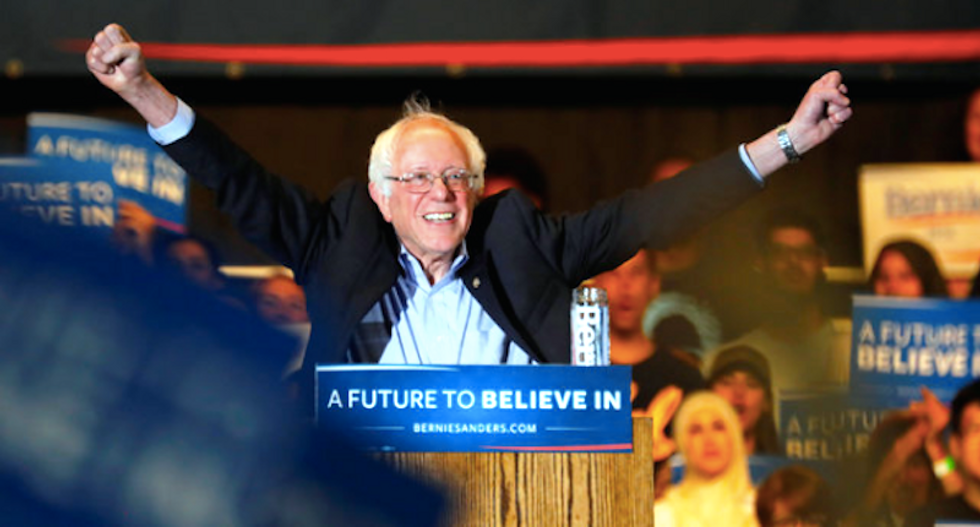 Bernie Sanders has another chance on Tuesday to slow Hillary Clinton's march to the Democratic presidential nomination as West Virginians vote in their state's primary, a week after Donald Trump became the presumptive Republican nominee.

Clinton, a former secretary of state and U.S. senator from New York, has a commanding lead in the pledged delegates needed to clinch her party's nomination for the Nov. 8 election to succeed Democratic President Barack Obama.

The outcome in West Virginia, where only 29 delegates are at stake and opinion polls show Sanders with a slight lead, is unlikely to alter the course of the Democratic race.

But Clinton's battle with Sanders, who defied pollsters to win in Indiana last week, has become a source of gloating for Trump.

The New York real estate developer has taunted Clinton in recent days by saying she "can't close the deal" with Sanders, her only rival since Feb. 1. Clinton has said she will ignore Trump's personal insults and instead criticize his policy pronouncements.

Clinton apologized in West Virginia last week after being confronted by angry voters for her remark in March that she would "put a lot of coal miners and coal companies out of business" with her plans to increase renewable energy sources.

She said her comment had been taken out of context and that she wanted to help retrain people who worked in the industry, one of the state's biggest employers.

Sanders, a U.S. senator from Vermont, has reminded his supporters at crowded rallies that most polls show him beating Trump by a larger margin than does Clinton.

A win on Tuesday would bolster his decision to keep fighting for votes through June 7, when nearly 700 delegates are at stake, including 475 in California where Sanders is now focusing his efforts.

Sanders, who has been embraced in particular by younger, more left-leaning Democratic voters, has vowed to take his campaign to the party's nominating convention in Philadelphia at the end of July, and wants a say in shaping the party's platform.

Although Trump is the last man standing in what was once a 17-candidate Republican field, Republican voters in West Virginia and Nebraska will get a chance to register their preferences on Tuesday, with the names of most of his vanquished rivals still appearing on ballots.