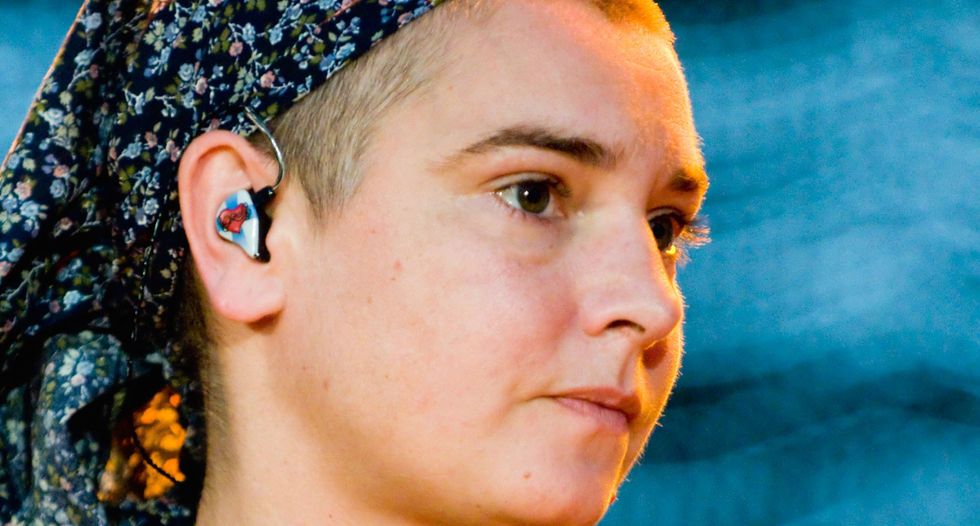 Irish singer Sinead O'Connor was being sought by Chicago-area police after she was reported missing on Sunday when she did not return from a bicycle ride to where she was staying in the suburb of Wilmette.

UPDATE: Sinéad O’Connor found safe after she was reported missing in the Chicago area

Police in Wilmette said they are "seeking to check the well-being" of the musician, who topped the charts around the world 26 years ago with a cover of Prince's song "Nothing Compares 2 U."

O'Connor, 49, reportedly left the Wilmette area for a bicycle ride at 6 a.m. local time on Sunday and has not returned, the police said in a statement. A caller expressed concern for her well-being. Police said they did not know O'Connor's connection to Wilmette.

Representatives for O'Connor could not immediately be reached for comment.

The singer, who inflamed Catholic sensibilities in 1992 by ripping up a picture of the pope on the TV show "Saturday Night Live," received medical treatment last November, after a message that she had taken a drug overdose was posted on her Facebook page.

Earlier this month, comedian Arsenio Hall filed a $5 million defamation lawsuit against O'Connor, who accused him of supplying drugs to musician Prince, whose death on April 21 has prompted speculation about an overdose.

O'Connor posted a note on her Facebook page claiming Hall supplied drugs to Prince for years.

Followers on O'Connor's Facebook page on Sunday and early Monday asked where she was, requested she seek help and call police.

"Sweetheart, please contact someone, and let them know where you are, there are a lot of people worried about you xx," wrote Victoria Le-Fort.

"If the reports are true that you're suicidal, please, PLEASE do not take your life. You are ... you. Forget the fame and the BS. You're important because you are you. A human being," Katie Lear posted.

Other commenters questioned whether her disappearance was a publicity stunt.

Insiders suspected Trump was deathly ill -- but White House 'lied and lied and lied' about it: reporter

Donald Trump came close to losing his battle with the coronavirus as his White House chief of staff "lied and lied and lied," according to a reporter who suspected the former president was deathly ill.

That former staffer, Mark Meadows, finally admitted to the truth about Trump's illness in his new book, which comes more than a year after the twice-impeached one-term president was hospitalized shortly after he publicly revealed his diagnosis, although he had actually tested positive days earlier.