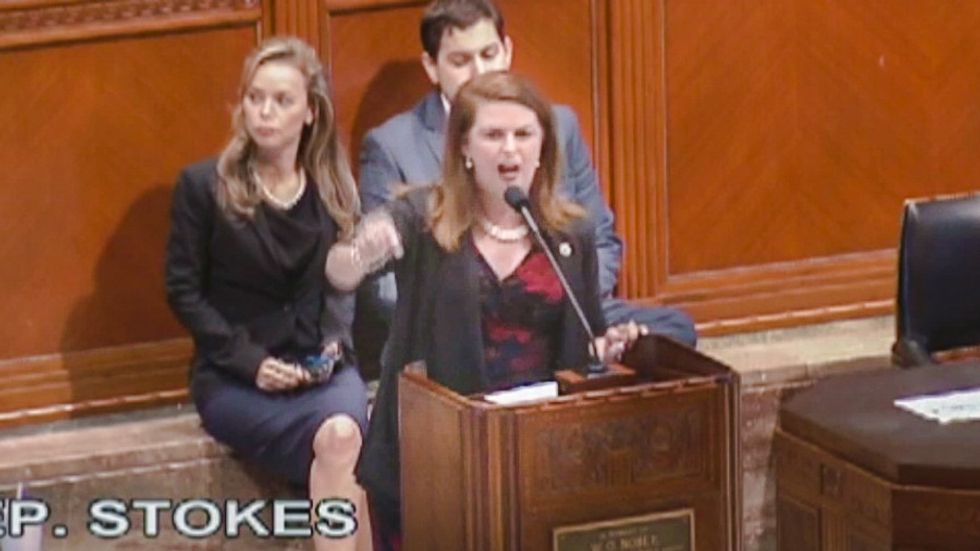 As discussion began on Wednesday of House Bill 468 -- which would increase the age limit on strippers from 18 to 21 -- it was clear from the cackling in the House chambers that male lawmakers were not taking the subject seriously.

"I appreciate you wanting to raise the minimum age," Jones said. "Are you going to put a maximum age on that?"

"I'm open to suggestions," Leger smiled as members of the House laughed. "I'm not looking to comment on anybody's tastes."

The first amendment offered by Rep. Kenneth Havard (R) did exactly that: It insisted that dancers be "between twenty-one and twenty-eight years of age and shall be no more that [SIC] one hundred sixty pounds in weight."

"In the spirit of this legislative session, I will offer up this amendment as a part of keeping the spirit alive of trimming the fat," Havard quipped, drawing more cackling from the male lawmakers.

However, Havard quickly withdrew the amendment after Rep. Nancy Landry (R) asked him how he could "not find this offensive."

But it was the scolding from Republican Rep. Julie Stokes that brought the lawmakers' fun to an end.

"I've got to say, looking out over this body, I've never been more repulsed to be part of it," she said, silencing her colleagues. "I'm going to tell you one thing, the disrespect -- and I saw it in 2013 in committee, and I've never been so disgusted to be part of a committee as I was in 2013, somebody made comments, like, 'What if it's a classy strip club like Cheetah's in Atlanta?' That's not the way we behave in this body."

"I don't even know what Representative Havard was thinking," she continued. "That's a dangerous thing to do politically. It was a bad idea."

Stokes suggested that the male politicians "look around at their own bodies, and their own daughters."

"I refuse the spirit of everything that I heard," she said. "And I can't even believe the behavior in here. I think we need to call an end to this. I hear derogatory comments about women in this place regularly. I hear and I see women get treated differently than men, and I'm going to tell you what, you gave me a perfect forum to talk about it right now."

"Because it has got to stop," Stokes added. "That was utterly disrespectful and disgusting. I really don't have anything left to say."

Watch the video below from the Louisiana House of Representatives, broadcast May 19, 2016.