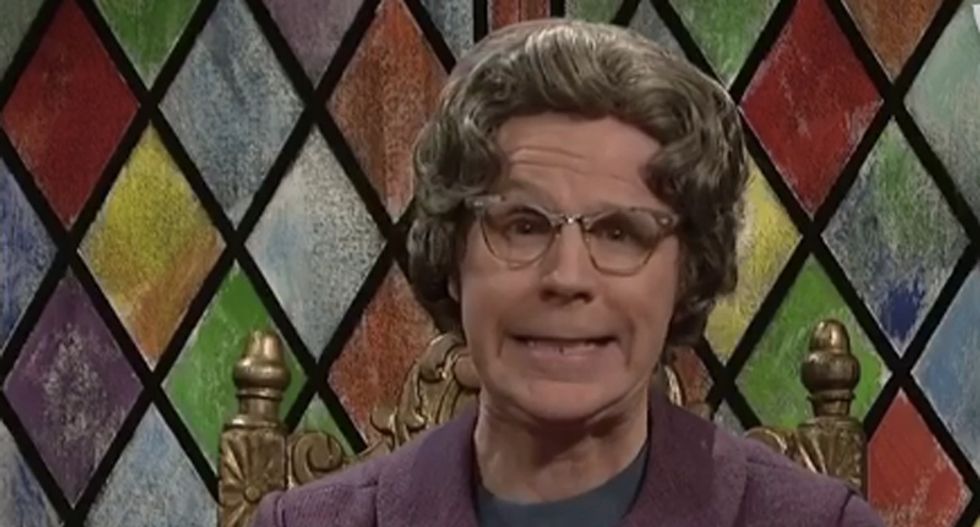 The eternally disapproving Church Lady began by commenting on the celebrities attending the well-publicized Met Gala Ball, commenting on their clothes and noting that Beyoncé was dressed in a giant latex condom “all wrapped up and ready to fornicate.”

She then turned her jaundiced eye on Taran Killam doubling as both Ted Cruz and Satan.

"John’s always coming up with hilarious nicknames for me," Cruz replied, while noting his “strong Christian values."

“Has anyone ever told you that you’re just a little bit preachy?” Carvey asked. "Was it part of God's plan for you to get humiliated by an orange mannequin? That's an odd plan for God to have for you.”

Trump was then introduced as the "presumptive tangerine tornado," and proceeded to attempt to prove his Christian bona fides by stating his favorite books in the Bible are “Corinthians Part Deux," and "Too Genesis, Too Furious."

He also touted "The part where Jon Snow comes back to life. That's great Bible."