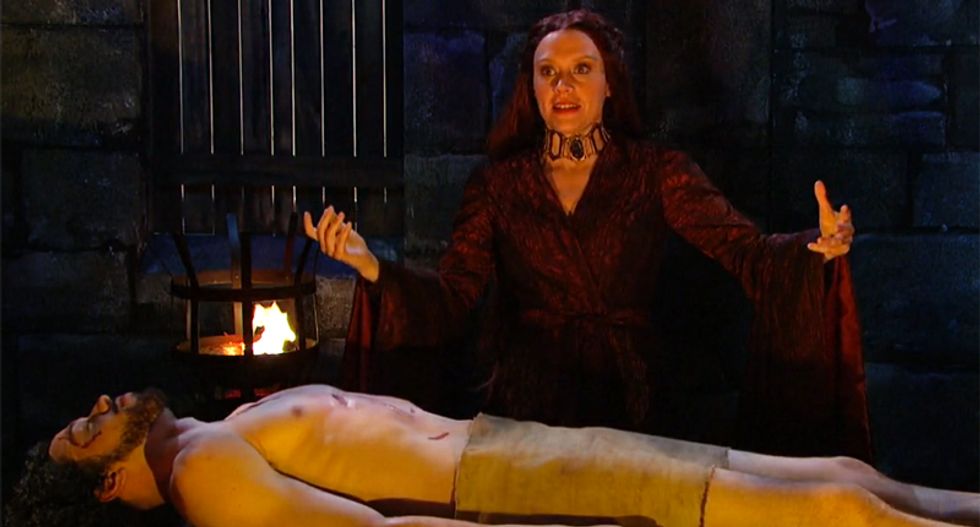 If you are unaware of the ultimate fate of Jon Snow -- to this point -- on HBO's Game of Throne: read no further.

If you do know what happens then you are sure to appreciate SNL's brilliant recreation of the seemingly endless dilly-dallying by the creators of the show over whether Snow would be resurrected -- a cliffhanger that was stretched out over multiple episodes over two seasons.

Without giving away any of the details, one cast member expressed the way all fans of the show felt with the tedious pace of the story line -- in a 10-episode season no less.

"Let's go do something! Our world is so cool," guest host Brie Larson implored cast member Kate McKinnon as Melisandre, the Red Woman. "We have giants! We have dragons! We have quidditch!"

"No, that Harry Potter," she was corrected.

"Oh, whatever," she replied.