Sorority apologizes for racist T-shirt made by chapter in Alabama 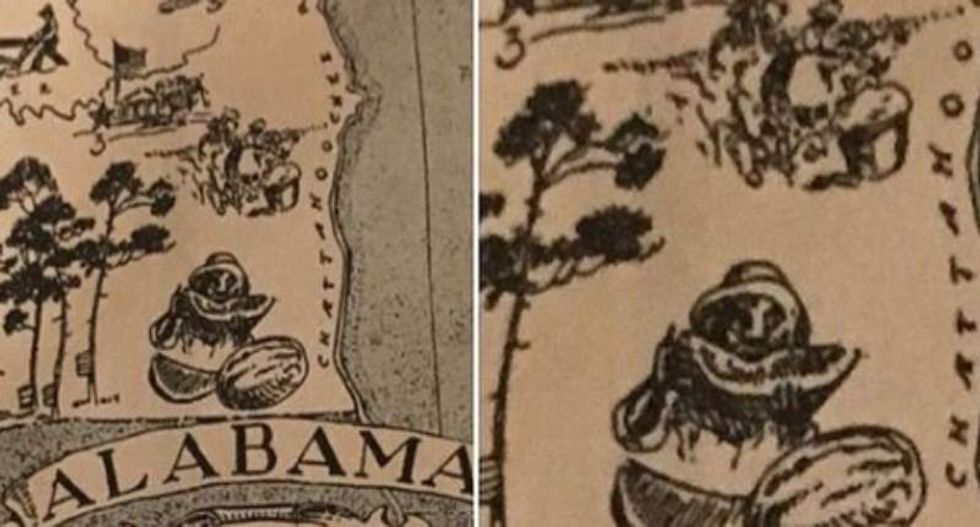 A sorority in Alabama apologized on Friday for a T-shirt that it made depicting a racially offensive image of an African-American person eating a piece of watermelon.

Stacy Bruton, the international president of Alpha Delta Pi, issued a public apology and said the organization will investigate how its chapter at Samford University in Birmingham, Alabama was able to commission the making of the T-shirt.

"We are deeply disappointed in the choices made by the Samford chapter and add our sincerest apologies to those expressed by the chapter," Bruton said.

The front of the T-shirt, which was made for the sorority's spring formal, showed an image of an African-American person eating a slice of watermelon inside an illustration of the southern U.S. state, news website al.com reported.

African-Americans liking watermelon is considered a racial stereotype and is generally regarded as offensive.

The private university, attended by 5,200 students, said in a statement the image is "completely inconsistent with the university’s mission and values" and it will also investigate the incident. The school said the T-shirt was made even after it was rejected during a review process.

Al.com reported that Samford President Andrew Westmoreland personally apologized to students and employees in an email.

(Reporting by Brendan O'Brien in Milwaukee)