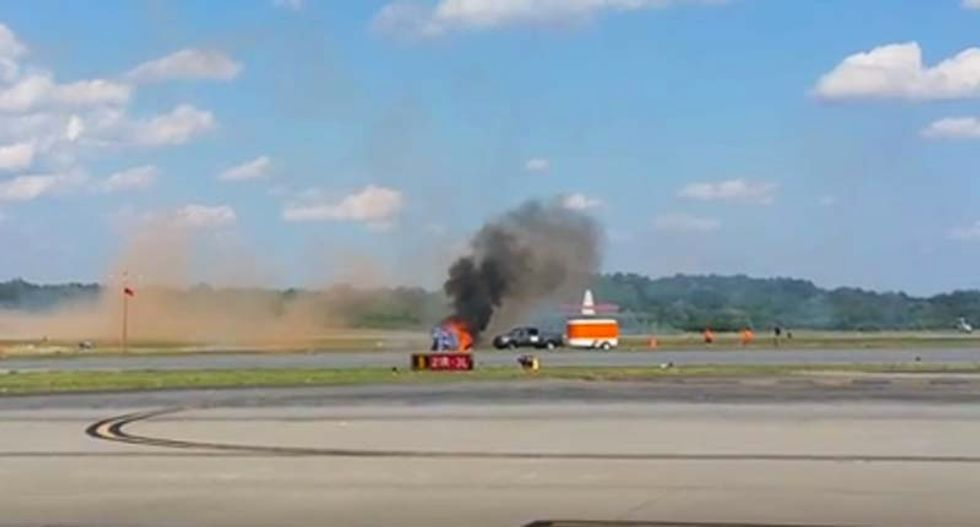 A pilot was killed on Saturday at an air stunt show when his plane crashed at DeKalb Peachtree Airport, officials said.

The pilot, who was not identified, was performing aerial acrobatics with another small plane when he crashed at the Good Neighbor Day Air Show and Open House at the airport.

Airport director Mario Evans said the pilot was a Georgia resident, the Atlanta Journal-Constitution reported on its web site.

Officials said it was the first accident in the air show's more-than 30-year history. It was too soon to speculate on what caused the accident, they said.

The Federal Aviation Administration and the National Transportation Safety Board were among investigating agencies.