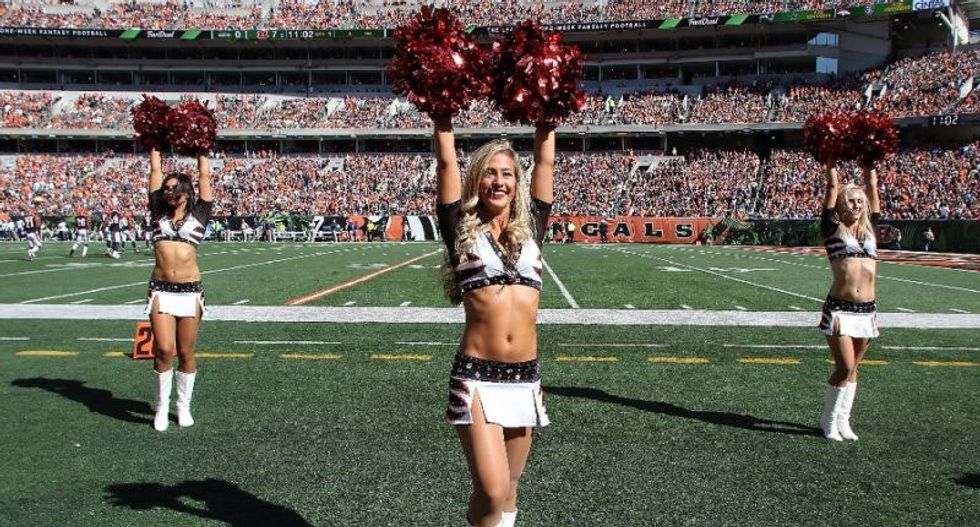 Can a cheerleader uniform be copyrighted?

The US Supreme Court announced on Monday that it would take up the issue in a case that may end up redefining the scope of copyrights in the United States.

In a surprise decision, the venerable judges on the country's highest court said they would include in their schedule a seemingly trivial case between cheerleader uniform manufacturers Star Athletica and Varsity Brands Inc.

Varsity, the leading US cheerleading costume manufacturer, accuses its smaller rival of copying elements of its uniform designs.

Under federal law, a design may be protected by copyright if it is possible to separate its original decorative aspects from a product's essential functional elements.

Varsity originally sued Star Athletica, saying the herringbone patterns on the shirts and skirts of its cheerleader uniforms are original designs that are separate from the uniforms' function. After an appeals court ruled in the company's favor, Star Athletica appealed to the Supreme Court.

Now the court's eight justices are set to determine the boundary between aesthetics and function in order to clarify copyright law legal experts say is notoriously murky.

"The Court's mission may be to state a single, unified test that will give the same result in every case involving items that are both artistic and functional -- whether that means clothing, carpets or cars," said Susan Scafidi, academic director of Fordham University's Fashion Law Institute.

The court will probably hear the case during its next term, which begins in October.