Tenn. Muslim woman threatened by road-raging pick-up driver: He said 'I will F'ing kill you' 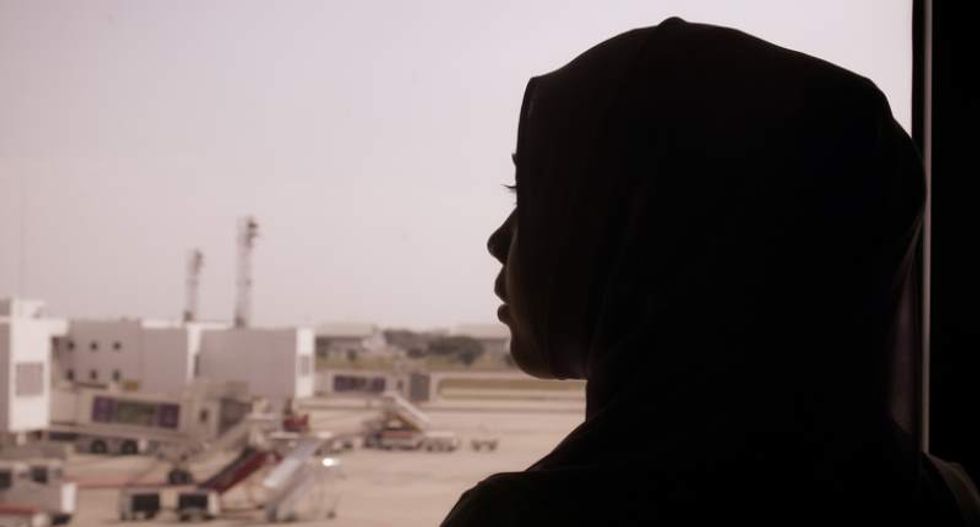 Authorities in Murfreesboro, Tennessee are investigating a woman's account of facing death threats at the hands of an unidentified man who harassed her on the road, WKRN-TV reported.

"He called me an 'F'ing terrorist," Sarah Alzubi said of the Thursday afternoon encounter. "He had slammed both of his fist down on my window as hard as he could and said, 'I will F'ing kill you.'"

Alzubi, who did not show her face during her interview for fear of retaliation, said she was wearing the head covering customary to her faith when the unidentified man, who was driving a white pick-up truck, started harassing her and spitting at her vehicle.

She tried to drive away only to see the man giving chase and trying to swerve into her. He eventually followed her to a median in front of her husband's work.

"I could see him trying to rip his seat belt off to try and get to me and he was saying stuff again, ‘stupid b,’ real graphic," she recalled.

Eventually, she said, the man sped away.

WGNS-FM reported that the alleged incident has drawn the attention of both the Council on American-Islamic Relations (CAIR) and a Tennessee advocacy group, the American Muslim Advisory Council (AMAC).

"We call on local, state and federal law enforcement authorities to treat this apparent hate attack with the seriousness it deserves and to bring the strongest possible charges against the alleged perpetrator," CAIR spokesperson Ibrahim Hooper said in a statement.

Watch WKRN's report, as aired on Friday, below.