Texan who called Obama a prostitute runs for school board seat 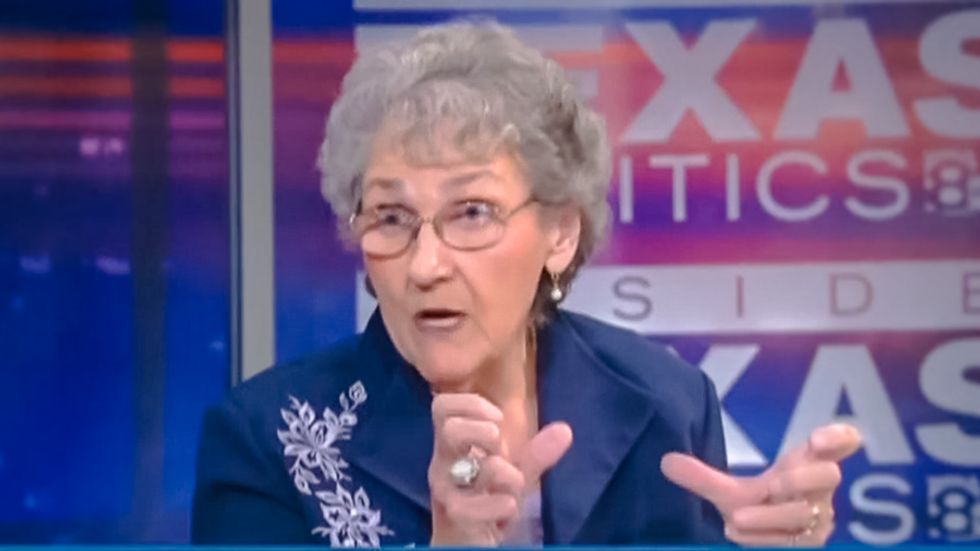 Texas voters went to the polls on Tuesday to decide if they want the state's school board to include a retired teacher who claimed President Barack Obama was a gay prostitute and said dinosaurs might still be around if Noah had more room on his biblical ark.

Mary Lou Bruner, 69, an arch-conservative with a penchant for conspiracy theories, is a Republican candidate in a race for the board that sets policies for the nation's second-largest school system. She is in a run-off vote and if she wins, will be considered a front-runner in the general election in November in her heavily Republican district.

Bruner has captured national attention this year with anti-Islam comments and by saying U.S. House Speaker Paul Ryan’s beard made him look like “a terrorist.”

She also made contentious Facebook posts in recent years that include saying: “Obama has a soft spot for homosexuals because of the years he spent as a male prostitute in his twenties. That is how he paid for his drugs."

Bruner has blamed U.S. school shootings on the teaching of Darwin's Theory of Evolution in classrooms and said Noah loaded dinosaurs on the ark to escape the biblical flood. "The dinosaurs on the ark may have been babies and not able to reproduce. It might make sense to take the small dinosaurs onto the ark instead of the ones bigger than a bus," she said on Facebook.

While the comments brought her ridicule in some parts of the country, in East Texas they also vaulted her to the top in a March primary, where she won 48 percent of the vote.

Bruner, who taught elementary school and special education for 36 years, has toned down the rhetoric recently and has been commenting only on her platform for the seat on the 15-member state school board that oversees the educational system and approves textbooks for some 5 million public school children.

"We need to stick with the basics of teaching phonics, cursive writing, English grammar and multiplication tables," she said in an interview. “I stand for truth in education, not political correctness.”

After the primary, which brought closer attention to her comments, and speeches this year citing statistics many said were inaccurate, her campaign has sputtered. She lost an endorsement from a powerful Tea Party group and her lead has narrowed over her run-off opponent, Keven Ellis, a chiropractor and school board president in the East Texas town of Lufkin.