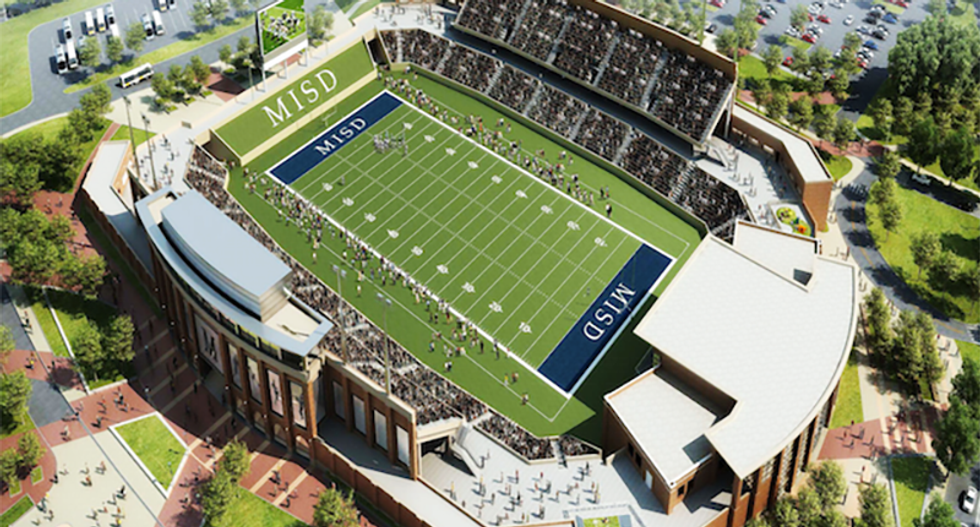 Massive budget cuts to Texas schools in 2011 are still having ripple effects throughout the school system in the state, but apparently not in McKinney, Texas where a new $62.8 million stadium project passed with 63 percent of the vote on Monday.

Texas schools may have been forced to increase class sizes, cut bus routes, fire teachers, librarians, counselors, nurses and more staff, but when it comes to high school football, they're willing to raise taxes, according to CBS Sports.

The new stadium is expected to come in right at $50.3 million but there is an additional $12.5 million needed for roads, sewage and other infrastructure associated with the building itself. But compared to the $1.15 billion they spent on the Dallas Cowboy's stadium in 2009, $62.8 million is just pocket change.

The new 12,000 person structure will be just four miles from Eagle Stadium in Allen, Texas, which was the previous home of the most expensive high school football stadium in the country at $60 million.