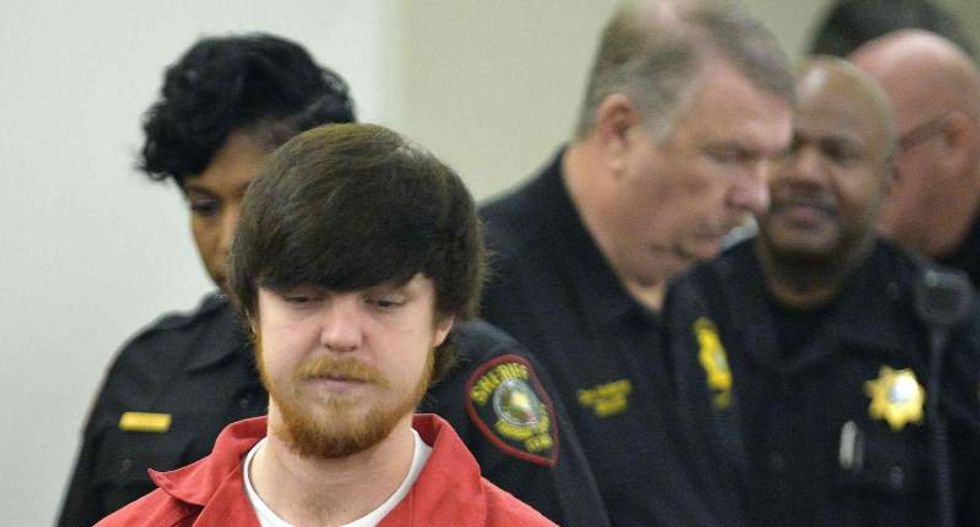 Ethan Couch, the so-called "affluenza" teen, is brought into court for his adult court hearing at Tim Curry Justice Center in Fort Worth, Texas on April 13, 2016. (Reuters/Fort Worth Star-Telegram/Max Faulkner/Pool)

A Texas judge on Wednesday upheld his April order of a nearly two-year jail term for the Texas "affluenza" teenager, who killed four people while driving drunk, a local prosecutor's office said.

Judge Wayne Salvant reaffirmed the four consecutive jail terms of 180 days for each of the four people killed by Ethan Couch in 2013 when he was 16, the Tarrant County District Attorney's office said.

Couch, now 19, has been incarcerated in Tarrant County since January after being deported from Mexico, where he had fled with his mother and was later captured along with his mother by Mexican authorities.

Lawyers for Couch had argued it was excessive.

Attorneys for Couch and prosecutors could not comment on the judge's move due to a gag order he imposed in the case.

At his trial in juvenile court in 2013, a psychologist testifying on his behalf said Couch was so spoiled by his wealthy parents that he could not tell right from wrong. The psychologist described the affliction as "affluenza," and the term quickly became a media buzzword.

Couch was found guilty of intoxication manslaughter and sentenced to 10 years of probation in the juvenile system, a penalty that sparked outrage from critics who ridiculed the affluenza defense and said his family's wealth had helped keep him out of jail.

Couch and his mother, Tonya Couch, were taken into custody by Mexican authorities in the Pacific Coast resort of Puerto Vallarta. They fled the United States after a video on social media appeared to show the teen at a party where alcohol was being consumed, which would have violated the drink- and drug-free terms of his juvenile probation.