Texas to sue US government over trans-friendly bathroom policy 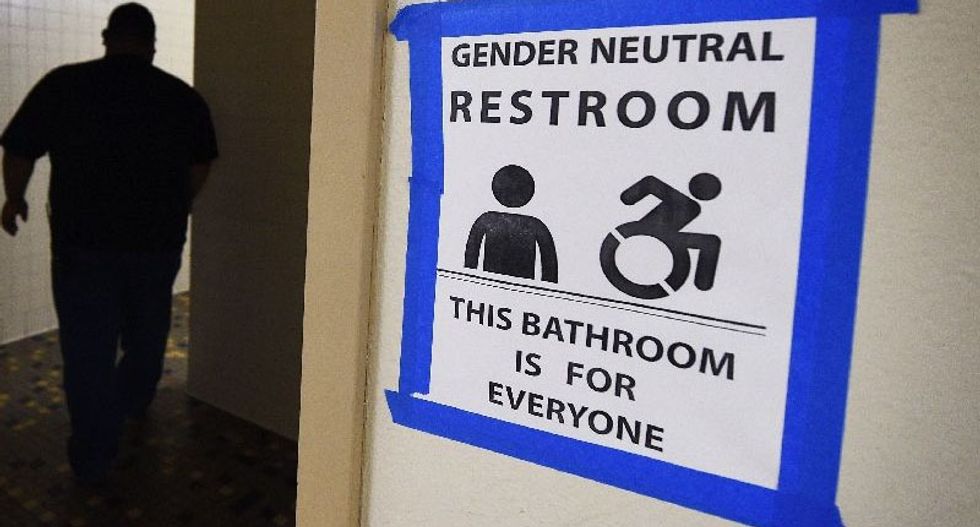 Texas will file a lawsuit aimed at stopping the Obama administration's guidance to U.S. public schools this month that transgender students must be allowed to use the bathroom of their choice, Republican Governor Greg Abbott said on Wednesday.

The governor linked to a news article referencing the expected announcement of the legal challenge during a news conference that Republican Texas Attorney General Ken Paxton has scheduled for later on Wednesday.

The administration's May 13 announcement upset many conservatives across the country, with Paxton immediately threatening to fight the Obama administration's stance in the latest battleground on the issue of rights for lesbian, gay, bisexual and transgender people.

The U.S. Education and Justice Departments said in a letter sent to school districts nationwide that while its guidance carried no legal weight, they must not discriminate against students, including based on their gender identity.

The directive suggested that school districts defying the Obama administration's legal interpretation could face lawsuits or loss of federal aid.

A similar legal battle is already underway in North Carolina, which in March became the first U.S. state to require transgender people to use restrooms in public buildings and schools that match the sex on their birth certificate instead of one that matches their gender identity.

The federal government filed suit against North Carolina, stating that the law violated the 1964 Civil Rights Act. The state filed its own suit against the Obama administration. North Carolina's law also has triggered a backlash from corporations, conventions, tourists and entertainers who oppose it.

(Reporting by Lisa Marie Garza in Dallas; Writing by Letitia Stein; Editing by Will Dunham)