One of the great short stories of the 20th century is Nobel Laureate Isaac Bashevis Singer’s The Spinoza of Market Street.

It tells of an aged scholar who has devoted his life to the study of Spinoza’s great work, Ethics. Protagonist Dr Fischelson has lost his library job and, like his hero, been expelled from his religious community for his heretical views. Looking down from his garret with disdain at the crowded street below him, he devotes his days to solitary scholarship. At night he gazes up through his telescope at the heavens, where he finds verification of his master’s wisdom.

Then one day Dr Fischelson falls ill. A neighbor, an uneducated “old maid,” nurses him back to health. Eventually, though the good doctor never understands exactly how or why, they are married. On the night of the wedding, after the unlikeliest of passionate consummations, the old man gazes up at the stars and murmurs, “Divine Spinoza, forgive me. I have become a fool.” He has learned that there is more to life than the theoretical speculations that have preoccupied him for decades.

The history of modern physics boasts its own version of Fischelson. His name was Paul Dirac. I first encountered Dirac in physics courses, but was moved to revisit his life and legacy through my service on the board of the Kinsey Institute for the Study of Human Sexuality and teaching an undergraduate course on sexuality and love.

A brilliant but very strange man

Born in Bristol, England, in 1902, Dirac became, after Einstein, the second most important theoretical physicist of the 20th century. He studied at Cambridge, where he wrote the first-ever dissertation on quantum mechanics. Shortly thereafter he produced one of physics’ most famous theories, the Dirac equation, which correctly predicted the existence of antimatter. Dirac did more than any other scientist to reconcile Einstein’s general theory of relativity to quantum mechanics. In 1933 he received the Nobel Prize in Physics, the youngest theoretical physicist ever to do so. 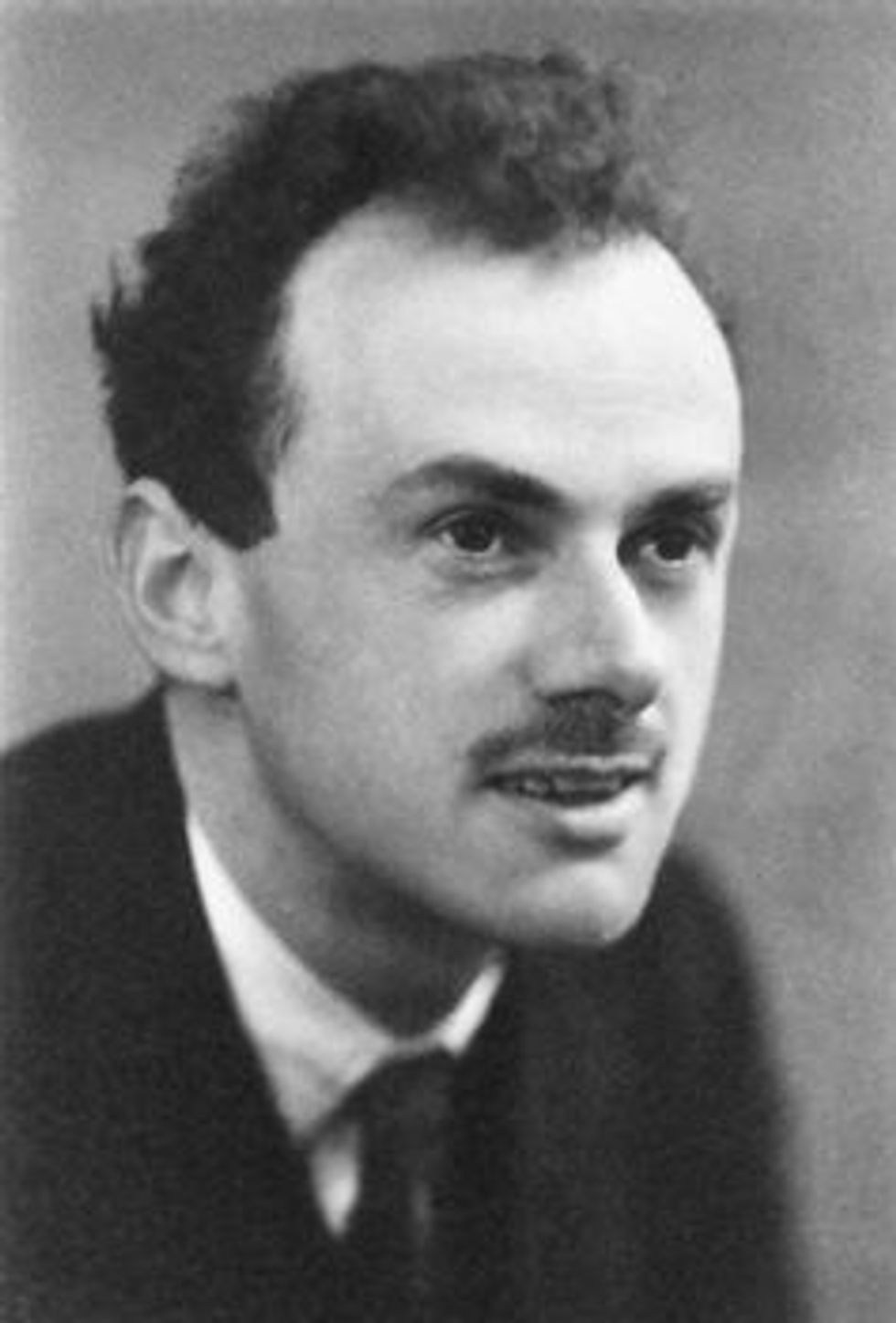 At the time Dirac received the Nobel Prize, he was leading a remarkably drab and, to most eyes, unappealing existence. As detailed in Graham Farmelo’s wonderful biography, The Strangest Man: The Hidden Life of Paul Dirac, Mystic of the Atom, on which I rely heavily in this article, Dirac was an incredibly taciturn individual. Getting him to utter even a word could prove nearly impossible, leading his mischievous colleagues to introduce a new unit of measure for the rate of human speech, the Dirac, which amounted to one word per hour.

Dirac was the kind of man who would “never utter a word when no word would do.” Farmelo describes him as a human being completely absorbed in his work, with absolutely no interest in other people or their feelings, and utterly devoid of empathy. He attributes this in part to Dirac’s tyrannical upbringing. His father ruthlessly punished him for every error in speech, and the young Dirac adopted the strategy of saying as little as possible.

Dirac was socially awkward and showed no interest in the opposite sex. Some of his colleagues suspected that he might be utterly devoid of such feelings. Once, Farmelo recounts, Dirac found himself on a two-week cruise from California to Japan with the eminent physicist Werner Heisenberg. The gregarious Heisenberg made the most of the trip’s opportunities for fraternization with the opposite sex, dancing with the flapper girls. Dirac found Heisenberg’s conduct perplexing, asking him, “Why do you dance?” Heisenberg replied, “When there are nice girls, it is always a pleasure to dance.” Dirac pondered this for some minutes before responding, “But Heisenberg, how do you know beforehand that the girls are nice?”

Then one day, something remarkable entered Dirac’s life. Her name was Margit Wigner, the sister of a Hungarian physicist and recently divorced mother of two. She was visiting her brother at the Institute for Advanced Study in Princeton, New Jersey, where Dirac had just arrived.

Known to friends and family as “Manci,” one day she was dining with her brother when she observed a frail, lost-looking young man walk into the restaurant. “Who is that?” she asked. “Why that is Paul Dirac, one of last year’s Nobel laureates,” replied her brother. To which she replied, “Why don’t you ask him to join us?”

His personality could scarcely have contrasted more with hers: to the same extent that he was reticent, measured, objective, and cold, she was talkative, impulsive, subjective, and passionate.”

A self-described “scientific zero,” Manci embodied many things that were missing in Dirac’s life. After their first meeting, the two dined together occasionally, but Dirac, whose office was two doors down from Einstein, remained largely focused on his work.

After Manci returned to Europe, they maintained a lopsided correspondence. Manci wrote letters that ran to multiple pages every few days, to which Dirac responded with a few sentences every few weeks. But Manci was far more attuned than Dirac to a “universally acknowledged truth” best expressed by Jane Austen: “A single man in possession of a good fortune must be in want of a wife.”

She persisted despite stern warnings from Dirac:

I am afraid I cannot write such nice letters to you – perhaps because my feelings are so weak and my life is mainly concerned with facts and not feelings.

When she complained that many of her queries about his daily life and feelings were going unanswered, Dirac drew up a table, placing her questions in the left column, paired with his responses on the right. To her question, “Whom else should I love?” Dirac responded, “You should not expect me to answer this question. You would say I was cruel if I tried.” To her question, “Are there any feelings for me?” Dirac answered only, “Yes, some.”

Realizing that Dirac lacked the insight to see that many of her questions were rhetorical, she informed him that “most of them were not meant to be answered.” Eventually, exasperated by Dirac’s lack of feeling, Manci wrote to him that he should “get a second Nobel Prize in cruelty.” Dirac wrote back:

You should know that I am not in love with you. It would be wrong for me to pretend that I am, as I have never been in love I cannot understand fine feelings.

Yet with time, Dirac’s outlook began to change. After returning from a visit with her in Budapest, Dirac wrote, “I felt very sad leaving you and still feel that I miss you very much. I do not understand why this should be, as I do not usually miss people when I leave them.” The man whose mathematical brilliance had unlocked new truths about the fundamental nature of the universe was, through his relationship with Manci, discovering truths about human life that he had never before recognized.

Soon thereafter, when she returned for a visit, he asked her to marry him, and she accepted immediately. The couple went on two honeymoons little more than month apart. Later he wrote to her:

Manci, my darling, you are very dear to me. You have made a wonderful alteration in my life. You have made me human… I feel that life for me is worth living if I just make you happy and do nothing else.

A Soviet colleague of Dirac corroborated his friend’s self-assessment: “It is fun to see Dirac married, it makes him so much more human.” 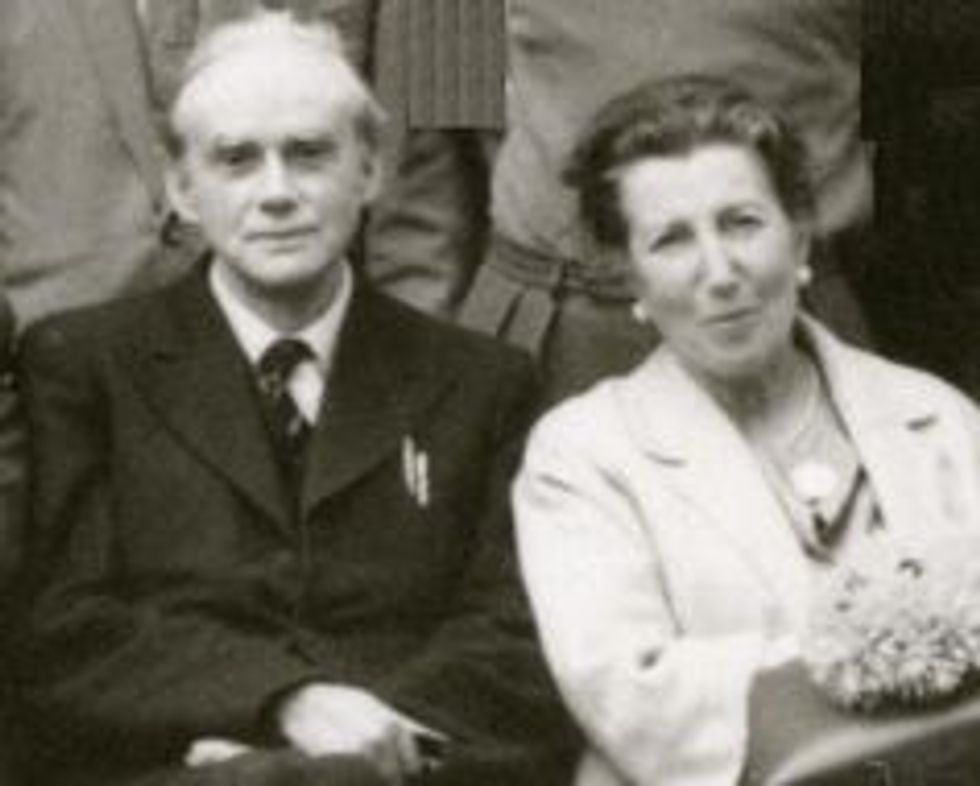 GFHund via Wikimedia Commons, CC BY

In Dirac, a thoroughly theoretical existence acquired a surprisingly welcome practical dimension. A man who had been thoroughly engrossed in the life of the mind discovered the life of the heart. And a human being whose greatest contributions had been guided by the pursuit of mathematical beauty discovered something beautiful in humanity whose existence he had never before suspected.

In short, a brilliant but lonely man found something new and wonderful that had been missing his entire life: love. As my students and I discover in the course on sexuality and love, science can reveal a great deal, but there are some aspects of reality – among them, love – that remain largely outside its ambit.