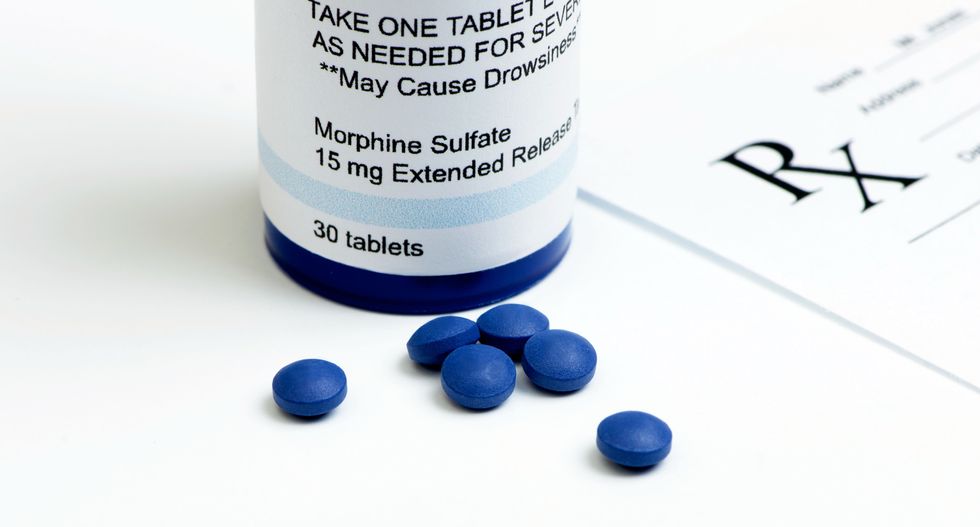 There are two opioid crises in the world today. One is the epidemic of abuse and misuse, present in many countries but rising at an alarming rate in the United States. The other crisis is older and affects many more people around the world each year: too few opioids.

Hospitals in the U.S. and Europe routinely prescribe opioids for chronic cancer pain, end-of-life palliative care and some forms of acute pain, like bone fractures, sickle cell crises and burns. But patients with these conditions in much of Asia, Africa and Latin America often receive painkillers no stronger than acetaminophen.

Many factors play into this crisis, but I would argue that the International Narcotics Control Board (INCB), an independent monitoring agency established by the U.N., is a fundamental cause of untreated pain in Asia, Africa and Latin America. 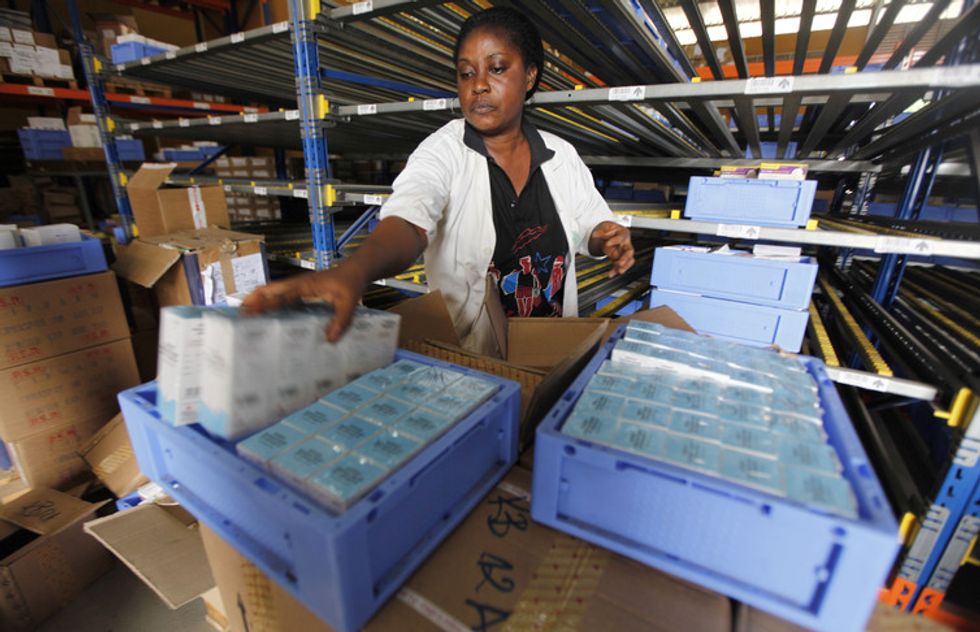 A worker handles medicine in the Pharmacie de la Sante Publique warehouse in Abidjan, Ivory Coast. Opioid painkillers can be difficult to access in many parts of Africa.

Just how vast is the gap in pain relief?

The global gap in access to opioids has been growing for a long time. In the U.S., consumption of morphine in 2013 was 32 times higher than in 1964 (increasing from 2.3 mg per person to 79.9 mg per person). In the same time period, morphine consumption Tanzania only doubled to 0.15 mg person. In India in 2013, this figure was only 0.11 mg per person.

Per capita medicinal opioid consumption in Asia, Central America, the Caribbean and Africa is far below the INCB’s own minimum global standard. In countries and regions below this benchmark (set at 200 daily doses per million inhabitants per day), we can be certain that patients who need opioids for legitimate medical reasons do not receive them.

The INCB argues that poor countries have too few opioids because they cannot afford them. While there is a correlation between national income and national consumption of opioids, cost isn’t the principal issue.

The main problem, I would argue, is a policy based on the fear that increased use of opioids will inevitably lead to abuse and trafficking. Palliative care physician and ethicist Eric Krakauer calls this fear “opiophobia.”

The work of the INCB has been crucial in increasing this fear of opioids and promoting restrictive policies that continue to keep millions of patients in unnecessary pain. 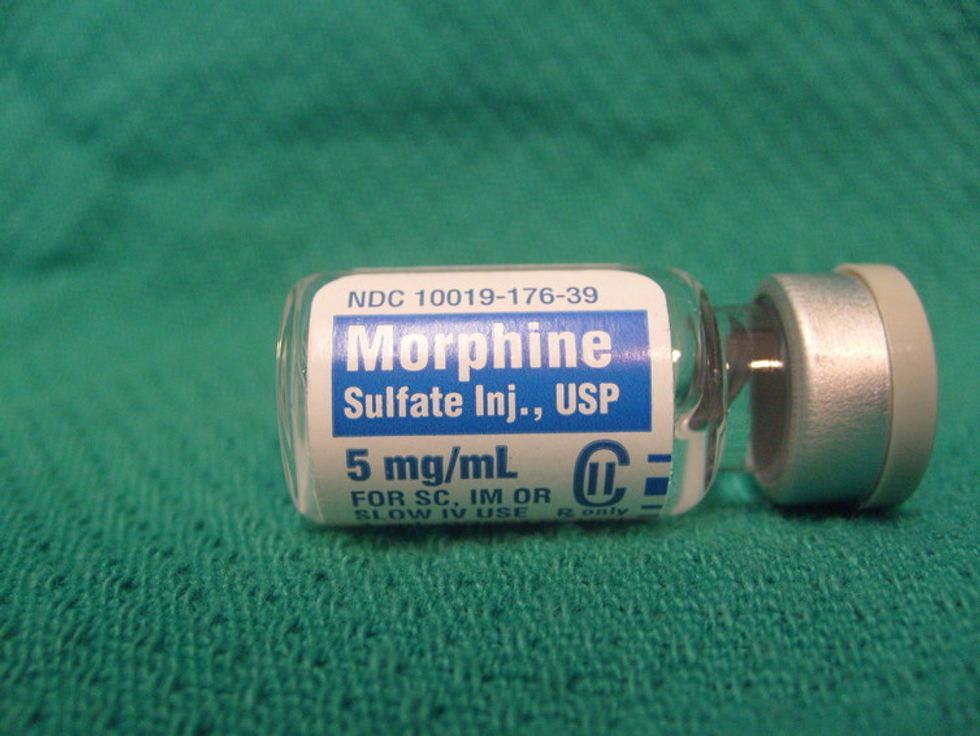 The International Narcotics Control Board has two purposes: to prevent addiction and to ensure the availability of opioids for legitimate medical use. But since its founding in 1968, the INCB has focused almost entirely on combating drug abuse, while ignoring access to pain relief.

One way the INCB tried to prevent addiction was by writing so-called “model laws” that it encouraged countries to enact. One such law, written in 1969, set controls on opioid prescription and distribution that were manageable for wealthier countries, but that would prove onerous in poor countries, particularly those with few doctors.

The Model Law stated, for instance, that opioids could be supplied only by doctors. This provision did not affect access to opioids in the United States or in other wealthy nations with many physicians. But many poorer countries, where doctors were scarce, relied on nurses and other kinds of practitioners to prescribe drugs. The model law made no allowance for this.

In addition, the Model Law stated that physicians who prescribed opioids inappropriately or who failed to keep full records should be subject to “the same prison sentences and fines as are inflicted under the Penal Code for housebreaking.”

INCB laws were promoted by the United Nations Fund for Drug Control and Abuse (UNFDAC), which was founded in 1970. The UNFDAC conducted training sessions for national drug-control administrators and law enforcement to stress the dangers of abuse. But, as I found in my research, the sessions rarely mentioned the importance of access to pain relief.

The model laws and training sessions helped inspire countries in Latin America, Asia and Africa to pass new, more restrictive laws during the 1970s and ‘80s.

For instance, in India, a 1985 law required hospitals to obtain so many licenses before each shipment of morphine that many stopped using the drug at all. Medicinal morphine consumption in India fell by 97 percent between 1985 and 1997.

In Panama, nurses were barred from prescribing opioids. Paraguay and Guinea-Bissau mandated long prison sentences for any doctor who could not produce documentation justifying every single pill prescribed over years of practice. Fearing these punishments, doctors avoided prescribing opioids, even when they were medically necessary. 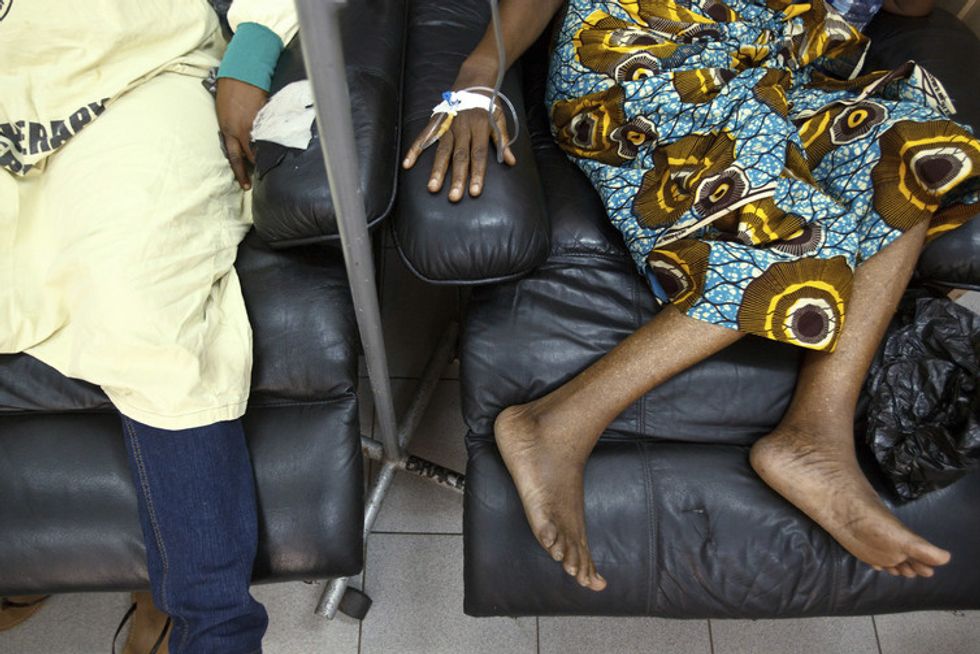 The INCB also tried to prevent opioids prescribed to treat pain from being diverted into illegal markets by requiring every country to provide annual estimates of projected opioid needs for medical and scientific purposes. The INCB was responsible for approving these annual estimates, and tried to ensure that countries imported no more than the approved quantities.

Between the 1960s and the 1980s, INCB reports chastised many nations in Africa, Asia and Latin America for making estimates that it considered too high.

But the INCB didn’t judge these estimates based on actual medical need. Rather, it insisted estimates should be based on the number of physicians in a country, a potentially misleading piece of data in parts of the world were doctors are in short supply, and nurses and other health care professionals fill the gaps and prescribe medicine.

The INCB worried that too many opioid prescriptions could lead to abuse. Indeed, this is a major cause of the current addiction crisis in the United States. But, in the countries where the INCB exerted the greatest influence, the bigger problem was that too few (rather than too many) opioids were being prescribed.

A 1989 report from the INCB and World Health Organization revealed that national estimates of future opioid need were often calculated based on nothing more than previous years’ imports. That report also quantified the extent of untreated cancer pain, estimating that “at least 3.5 million cancer patients” worldwide “suffer needlessly from pain.”

The INCB is starting to change, slowly

For many years, the only thing most countries heard from the INCB was that their estimates were too high. But in 1999, the INCB announced it would begin to contact governments that submitted “particularly low estimates” to encourage them to increase their imports.

And in 2010, the INCB agreed that countries with few doctors should allow nurses to prescribe morphine, a reversal from previous policy recommendations.

But these small steps have not been enough to overcome the fear of opioids spread by decades of model laws and training sessions. The INCB’s recommendations continue to focus almost entirely on abuse.

For instance, a 2012 INCB report stated that national requests to import opioids sufficient to address existing need might be denied if such imports might raise “the possibility of diversion or abuse.”

International meetings, especially the United Nations Special Session on the World Drug Problem in April 2016, should pay far more attention to untreated pain than they have in the past.

More recent estimates from the World Health Organization suggest that each year 5.5 million terminal cancer patients and 1 million end-stage HIV/AIDS patients around the globe don’t get enough treatment, or any treatment at all, for their moderate to severe pain. The WHO estimates that tens of millions of people are denied medically necessary pain treatment every year.

Pain is universal, but its relief is still a function of geography.