The six most idiotic things in the DEA's traveling drug exhibit 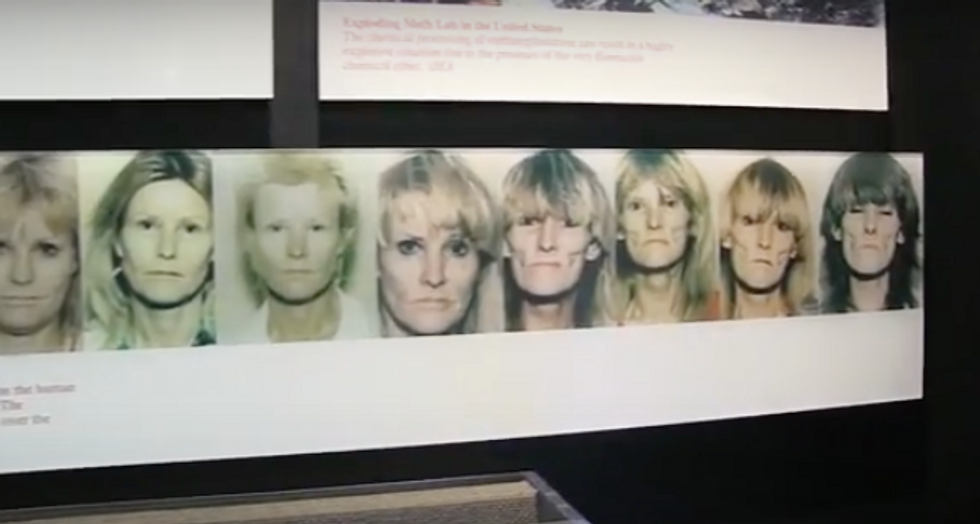 The Drug Enforcement Administration Museum—yes, there’s a museum celebrating the proud history of the War on Drugs—is taking a new exhibit on the road.

Here are six terrible things about “Drugs: Costs and Consequences, an Interactive Traveling Exhibit” that are evident from the promotional video alone.

1. Warning Signs Your Child May Be Using Drugs

If you suspect that your child might have a problem with drugs, you should sit them down and have a candid conversation about safer substance use. Just kidding! You should consult the DEA’s list of warning signs and then skulk around spying on them.

Among the warning signs of drug use listed are the deployment of incense, perfume and mouth wash; “Decreased interactions with proper friends,” secrecy and “coded language.” And finally, that surefire sign of adolescent spiral into the black hole of addiction: “Your child’s bedroom is strictly off limits.”

“The one thing we know about addicts, they can hide this very well,” observes Congresswoman Barbara Comstock. Removing all the doors from your home is surely the only answer.

For decades, mainstream media have graced us with the so-called Faces of Meth, the “after” photos of alleged drug users. It’s legal to use mugshots belonging to police departments in this way. It’s also monstrous.

Some iterations of the genre show both male and female drug users. Here, the DEA goes the classically sexist route by only showcasing pictures of women. Tragically, these women had no idea doing drugs would make them less blonde.

It’s a common occurrence: A teenager tries drugs. Next thing, they’re hunkered down in their bathroom, defending their drug toilet from the cartels.

After 9/11, notable truth-teller George W. Bush said that the drug trade fuels terrorism, a message the White House doubled down on in Super Bowl ads. A clause in the Patriot Act expanded the DEA’s powers so the agency could fight “narco-terrorism”—increasing the DEA’s reach and their funding. But in a review of DEA cases purporting to reveal links between terrorism groups and drug traffickers, investigative outlet ProPublica found the evidence to be less than compelling:

“When these cases were prosecuted, the only links between drug trafficking and terrorism entered into evidence were provided by the DEA, using agents or informants who were paid hundreds of thousands of dollars to lure the targets into staged narco-terrorism conspiracies.”

Unsurprisingly, this information does not appear in the “Narco-terrorism” exhibit, which features a fire-fighter and a chunk of twisted wreckage to convince kids that weed caused 9/11.

5. The Perils of High Driving

“Think it’s harmless to drive high?” the exibit asks over an apparently doomed crash test dummy. Although sober driving is ideal, there’s not much evidence that driving high leads to vehicular fatalities. Some researchers speculate that driving high makes people more paranoid and careful, unlike driving drunk, which can render drivers both less sentient and more reckless.

“The first time you use heroin, you’re addicted. There’s no second and third chance,” lies Sherriff’s deputy Jeff Proctor in the video.

Although a significant number of people—a minority, however—do become addicted to heroin, getting addicted from trying something once is extremely unlikely.