'These gals stopped a rape last night': How 3 women kept a stranger from being roofied in LA 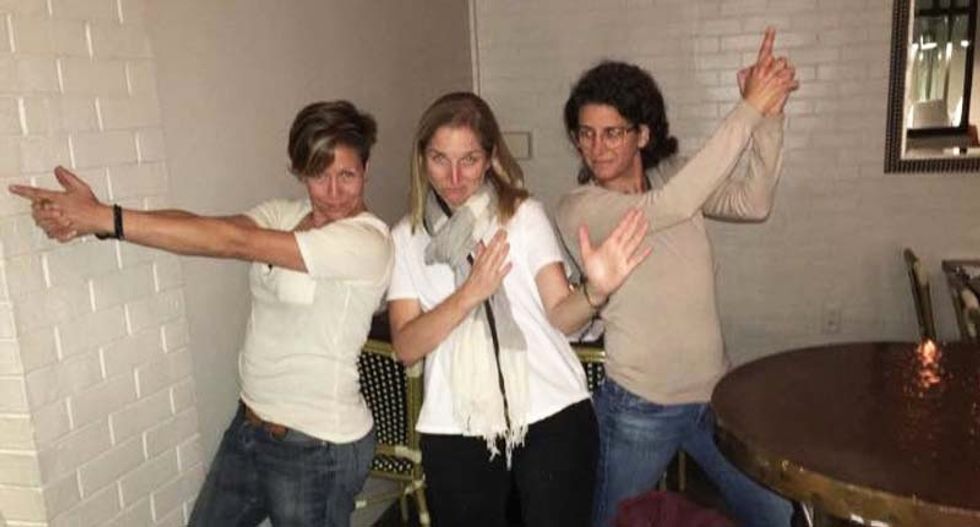 In a Facebook post caught by Jezebel, a woman described how she and two friends kept a total stranger from being drugged and raped by a man she identified as "one of her best friends."

Writing on Facebook, Sonia Ulrich explains the she and her friends Monica and Marla were having drinks at Fig in Los Angeles when one of them spotted a man slipping something into his dining partner's drink.

"I was going on about something and saw Monica staring behind and making a funny face. I stopped. 'What's going on?' After a few second she said 'That guy just put something in her drink.'" Ulrich recounts.

Following the woman into the bathroom, Ulrich said she confronted her to tell her what they saw.

"Hey! Um, this is kind of weird, but, uh, we saw the guy you were with put something in your drink," she wrote. "'Oh My God!' she said. Shocked, kind of numb, so I babbled 'Yeah, my girlfriend said she saw him put something in your drink and we had to say something. Woman to woman...you know. We had to say something. How well do you know that guy?' I was expecting to hear 'We just met,' but I got: 'He's one of my best friends.'"

According to Ulrich, the woman returned to her table and avoided her drink despite her partner repeatedly clinking his glass against hers in an effort to get her to drink up.

While she was in the bathroom with the woman, Ulrich's companion Marla spoke with a server telling her what she saw which then led to the restaurant manager checking up on the couple.

After being forced to sit for 40 excruciating minutes with the man who was attempting to drug her, the restaurant delayed delivering the check to the couple until the police arrived and took the man into custody without complaint.

"The head of security came by and said that because we notified them immediately, they were able to go back and review the footage from the security camera," Ulrich wrote.  "They got him on tape. They had proof of him drugging this girl. They took the glass away as evidence. They kept us for statements. We asked the girl if she had a ride home. 'My car is at his place. In his building. We came together.' Part of a plan. We were blown away. She was still in shock."

According to Ulrich, as Jezebel relayed,  other diners became aware of what had happened and stopped by to thank them -- many relaying personal horror stories.

"At least 10 stories of being personally affected buy someone like this. Something like this. Those were only the ones who knew what went down. I am sure there were tons more stories through out the restaurant and the hotel," she wrote.