'This is America!': N. Carolina man confesses to yanking Muslim woman's hijab off 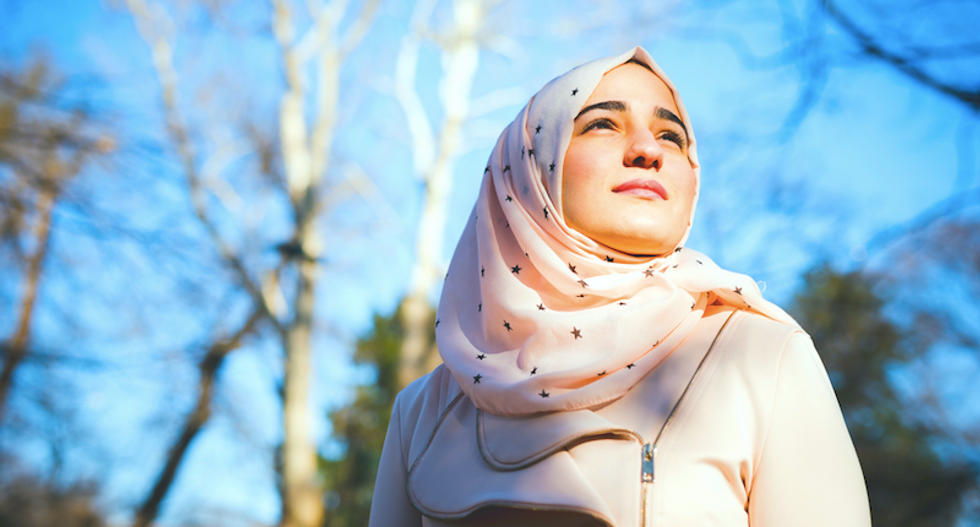 A North Carolina man admitted on Friday that he ripped off a Muslim woman's head scarf during a flight to New Mexico last December after saying, "Take it off! This is America!"

Gill Payne, 37, pleaded guilty in the U.S. District Court in New Mexico to one count of using force to intentionally obstruct the woman from freely exercising her religious beliefs, prosecutors said.

An attorney for Payne did not immediately respond to a request for comment.

Payne admitted that on a flight last December, he approached the aisle where the Muslim woman was seated shortly before landing in Albuquerque, and stopped next to her seat, Prosecutors said.

Payne then told the woman, a stranger identified in court documents as K.A., to take off her hijab, saying something to the effect of "Take it off! This is America!" prosecutors said.

Payne then grabbed the back of the hijab and "pulled it all the way off," leaving her head exposed.

"As a result, K.A. felt violated and quickly pulled the hijab back up and covered her head again," prosecutors said in a statement.

A sentencing hearing for Payne has not yet been set, prosecutors said.

The guilty plea comes in the wake of a number of anti-Muslim incidents in the United States.

Earlier this week, a Muslim advocacy group said a California student was embarrassed and distressed after her name was incorrectly listed as Isis, the abbreviated name of the Islamic militant group.

In late April, a New Jersey school board member resigned after drawing fire over anti-Muslim Facebook posts, including one saying, "America needs to get rid of people like you."

In the wake of deadly attacks by Islamist militants in Paris and California last year, Donald Trump, now the presumptive Republican White House nominee, called for a temporary ban on Muslims entering the United States.