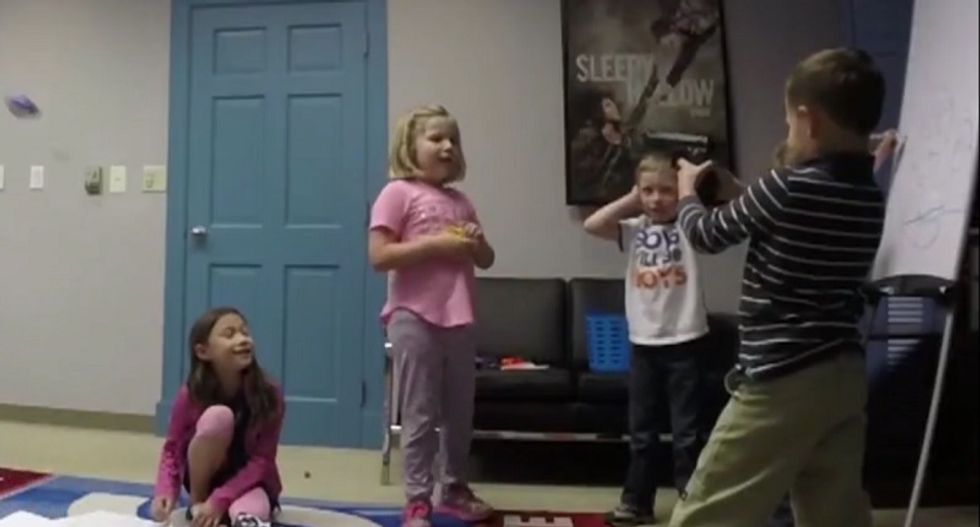 Toddlers have shot a total of 23 people this year, and the issue of accidental shootings involving small children getting hold of guns has been making headlines.

So local Charlotte station Fox46 investigated the issue to see just what children would do when faced with the opportunity to pick up a gun. They enlisted the help of Mecklenburg County Sheriff Irwin Carmichael and some pint-sized volunteers using a harmless but authentic-looking BB gun.

"So if you find a gun do you touch it? No. No, what should you do? Tell and adult…go tell an adult," is the message Carmichael sends to children.

But as it turns out, curiosity and the desire to play can override the instructions of adults when children don't think they're being watched.

About a half-dozen parents, including Carolina Panthers player Thomas Davis and his wife Kelly, along with station employees. volunteered with their children to participate. The guns were placed in a conference room along with toys and games, and the parents watched their children via hidden cameras.

Within 60 seconds, a little boy picked up the BB gun and dropped it. Within four minutes, the kids were pointing and firing the gun at each other.

"It happens that easy," a Davis said.

Watch the report, from Fox46, here: