Trump surrogate admits on live TV: 'He's going to have to prove that he's not Adolf Hitler' 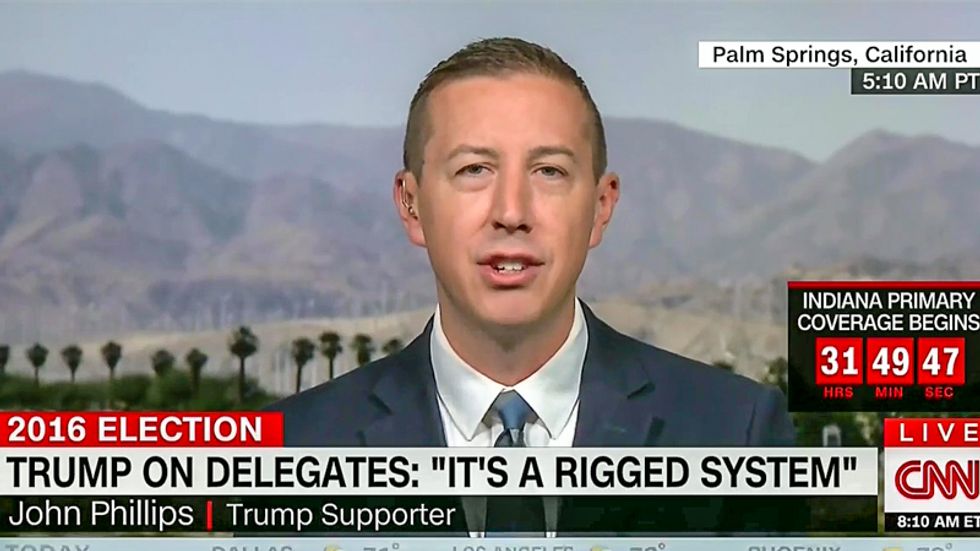 KABC radio host John Phillips, a surrogate for GOP front-runner Donald Trump, admitted to CNN on Monday that the billionaire would have to "prove that he's not Adolf Hitler" if he had any chance of winning a general election.

During a discussion on CNN's New Day, Ted Cruz supporter Steve Lonegan argued to CNN's Alisyn Camerota that Hillary Clinton and Donald Trump were "two sides of the same coin."

"He's supports gun control for some more popular firearms and he supports big government," he continued. "I think Hillary Clinton is actually better on foreign policy than Donald Trump is."

But Phillips insisted that Clinton and Trump would have very different challenges in the general election.

"I don't think this is going to be an effective line of attack," Phillips said. "This is a matchup that's very dangerous to Hillary Clinton."