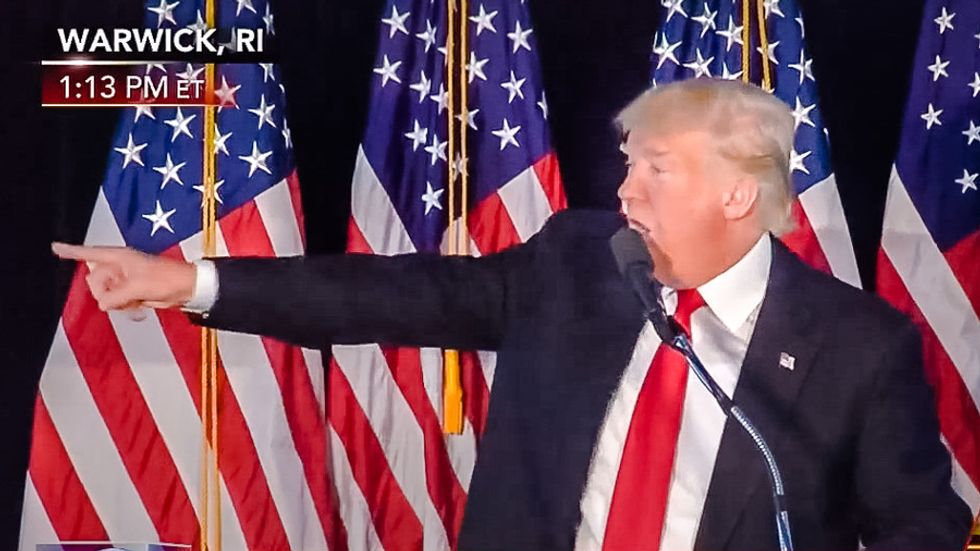 The new finance chair for Donald Trump's presidential campaign was the subject of protests against him and his bank for their treatment of homeowners -- including locking one out in the middle of a blizzard, the Daily Beast reported.

The protests against Steven Mnuchin in 2011 were spurred by the financial institution he owned, OneWest Bank, which changed the locks on Leslie Park's home in Minneapolis in December 2009. As the Minneapolis Star-Tribune reported, Park was negotiating with the California-based bank after the property, which belonged to her mother, went into foreclosure.

The company subsequently contacted Parks after realizing its error. Park would come to own the duplex in August 2011, following efforts by the state's two Democratic Senators, Al Franken and Amy Klobuchar, to combat deceptive mortgage practices like the ones that precipitated the issues with the property.

That same year, as Courthouse News reported, OneWest was sued by 89-year-old Irene Jones after it moved forward with efforts to foreclose on her Oakland home despite two separate court orders to the contrary. Jones said in the lawsuit that the company's predecessor, IndyMac, contributed to the depression and anxiety that preceded his death by hounding them with notices "demanding payment on a loan that [he] believed and in fact knew was not a loan for which he owed money."

As Bloomberg News reported, the company's practices led to a 2011 protest on the lawn of his Bel Aire home. Mnuchin was described as "press-shy."

OneWest brought attention to itself as recently as 2014, when it tried to foreclose on 103-year-old Myrtle Lewis' Texas home even after she reinstated her insurance policy, which only lapsed because of a mistake on her part.

While Trump's campaign said in a statement that Mnuchin's experience "will benefit the Republican Party and ultimately defeat Hillary Clinton," records show that he has donated more than $8,000 to the Democratic front-runner since 2000. Moreover, he used $1 billion in funding provided by liberal financier George Soros in 2013 to start a hedge fund. Soros has not only donated $7 million to a pro-Clinton super PAC, he described Trump as a person "doing the work of ISIS."