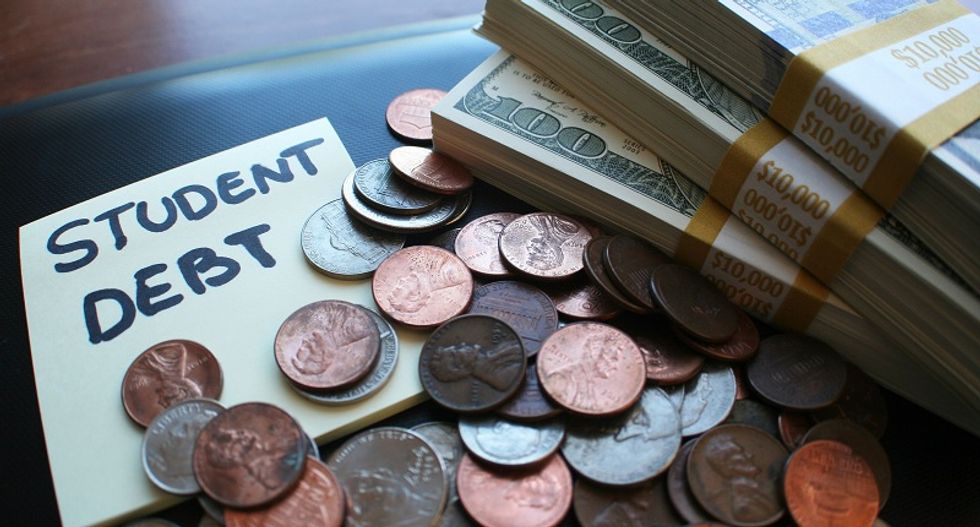 Across the U.S., many soon-to-be high school graduates are excited to begin college. Over the past decades, rates of college enrollment have increased. In 1950, only 16 percent of young people had at least some college exposure. By 2012, this figure rose to 63 percent.

Such trends should be seen as a positive but for the fact that too many students who begin college don’t finish. Among a recent cohort of students enrolled in four-year degree programs, only three in five completed their bachelor’s degree within six years.

Further, socioeconomic gaps in college completion are large. Among students from high-income backgrounds who recently started college, three-quarters earned a degree. In contrast, under half of low-income students who matriculated earned any kind of postsecondary credential. Of particular concern is the fact that gaps in degree attainment have widened over time.

To address some of these concerns, Democratic presidential candidates have proposed improving college access and success for the most disadvantaged students including making public colleges and universities debt-free or tuition-free.

In our own research, we have investigated the many barriers students can face in accessing and succeeding in college. So, what does rigorous evidence tell us about potential solutions? Is a free college tuition policy sufficient for improving college access and success in the U.S.?

Public college costs have risen substantially over time and faster than the rate of inflation, as state and local budget allocations have failed to keep pace with rising enrollments.

Over the two-decade period from 1995 to 2015, the average net cost of college attendance, inclusive of room and board, at public four-year institutions has risen from US$8,450 to just over $14,000. For families in the bottom fifth of the income distribution, this implies that sending a child to a public four-year institution would require over 40 percent of the annual household budget.

Financial aid helps. But is that enough?

Providing financial assistance to low-income students does improve college success. Studies that have rigorously examined the impact of lowering college costs have indicated benefits. For example, the Florida Student Assistance Grant, which provides low-income students with an additional $1,300 grant on top of Pell Grant funds, increased six-year bachelor’s degree attainment rates from 21 to 26 percent. The Wisconsin Scholars program, which provides a $3,500 annual grant for low-income students to attend a Wisconsin public university, similarly increased on-time graduation for recipients from 16 to 21 percent.

However, at least one recent analysis should give policymakers and advocates pause about turning to universal free tuition as a strategy for improving college success. Matthew Chingos of the Urban Institute, a Washington, D.C.-based think tank, found that such a plan could yield disproportionate benefits to higher-income rather than lower-income students and families across the country.

Therefore, while such a policy may improve outcomes for low-income students, it would also be providing a substantial benefit to students who already have a high likelihood of accessing and succeeding in college.

An important point to recognize from the Florida and Wisconsin studies is that, even among students who received additional grant funds, college completion rates remained low. How, then, can we improve rates of college success, particularly for those students at greatest risk of attrition?

To answer this question, we must understand the nuanced challenges that students can face, beyond issues directly related to college affordability.

Consider the challenges faced by one student, let’s call her Veronika, in starting her college career. We learned about her experience through ongoing research investigating the factors that contribute to college success. A very strong high school student, Veronika was a mother of two when she was admitted to her state’s prestigious public flagship university.

Although thrilled at the prospect of college, Veronika struggled to identify affordable childcare in the vicinity of the university. She wasn’t sure if she would be able to attend school while also caring for her children. She needed financial aid but also additional guidance.

Fortunately, Veronika received this support through a college success program with which she was affiliated. The program not only helped her locate affordable childcare near campus, but also counseled her to petition for an increase of financial aid to cover the cost. Her initial aid package had not considered child care expenses.

Another student, Marcus, transitioned successfully to college but retained responsibility for supporting his family financially. The dual demands of being a full-time student and working to provide for his family became too much. Marcus stumbled academically, was placed on probation, and lost his financial aid.

The same college success organization stepped in to provide just-in-time financial assistance in addition to guiding him to develop a plan that struck a manageable balance between school and work.

How much of a difference does it make when students are provided more comprehensive support, including personalized counseling, and not just financial aid?

The Dell Scholars program aims to support low-income and first-generation college students by providing a combination of scholarship aid and “…ongoing support and assistance to address all of the emotional, lifestyle, and financial challenges that may prevent scholars from completing college."

This support includes prematriculation counseling sessions as well as regular tracking of student progress and follow up, as needed, to guide and support students throughout their post-secondary career. We studied 1,800 Dell Scholars selected from nearly 40,000 applicants over six cohorts and attending hundreds of colleges and universities throughout the U.S.

Experience from other scholarship programs

Other studies also point to evidence of college success through comprehensive college supports.

The program began in 2004 exclusively to provide need-based financial aid. By 2007, however, the program also provided students with additional counseling and support services.

The researchers found that the program improved the four-year degree completion rate for qualifying students by eight percentage points but only for those cohorts who were provided not just financial, but also non-financial support.

Researchers Susan Scrivener and Michael Weiss found that the program increased associates degree attainment from 18 percent to 33 percent within 2.5 years of students beginning the program.

Critics may argue that ASAP is too expensive, given that it results in substantially higher per student investment. Researchers Henry Levin and Emma Garcia have shown, however, that because the program so effectively improved degree attainment, it led to lower costs on a per-graduate basis.

Taken together, this work points to looking beyond blanket solutions such as free college tuition for all. Many students, and particularly those from low-income backgrounds, face challenges that go beyond simply meeting tuition.

Awarding such students with packages that include financial aid bundled with counseling and other support is likely to yield more success in improving overall degree attainment rates. In contrast, universal free tuition would invest fewer resources where they are needed and more where they are not.