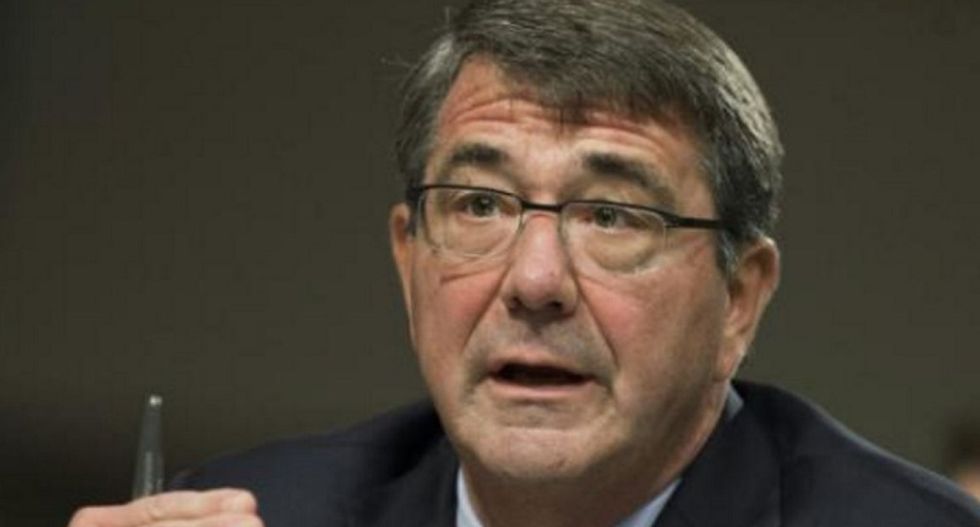 AFP/AFP/File - US Secretary of Defense Ashton Carter testifies during a Senate Armed Services Committee hearing about the Middle East on Capitol Hill in Washington, DC, October 27, 2015

U.S. Defense Secretary Ash Carter called his Japanese counterpart on Saturday to express regrets after an American working at a U.S. military base in Japan was arrested on suspicion of dumping the body of a Japanese woman.

The case in Okinawa has sparked a protest from Tokyo and could add to resentment of the large U.S. military presence on the island, where Japanese have long been upset by crimes committed by Americans. It also is likely to stir anti-U.S. sentiment as President Barack Obama visits Japan next week.

In his call to Japanese Defense Minister Gen Nakatani, Carter "extended his sincere apologies to the victim's family and friends," Defense Department spokesman Peter Cook said in a statement.

"He also expressed his sympathies to the people of Japan," the statement said.

A 32-year-old American working at the base on Okinawa admitted to abandoning the corpse of a 20-year-old Japanese woman but did not comment about whether he had killed her, an Okinawa police spokesman said earlier this week.

The Pentagon has said the man was a contractor but did not name him.

The Pentagon statement said the Defense Department would cooperate with the Japanese government in the investigation and work to prevent similar incidents.

Obama is going to Japan for a Group of Seven summit and also will become the first U.S. president to visit Hiroshima, a city destroyed by a U.S. atomic bomb 71 years ago in World War Two.

Okinawa, the site of a bloody World War Two battle, hosts the bulk of U.S. military forces based in Japan since the war with U.S. installations taking up about 18 percent of the island.

Earlier this year, a U.S. serviceman stationed in Okinawa was arrested on suspicion of raping a woman. In the most infamous post-war case involving Americans on Okinawa, three American servicemen raped a 12-year-old girl in 1995.