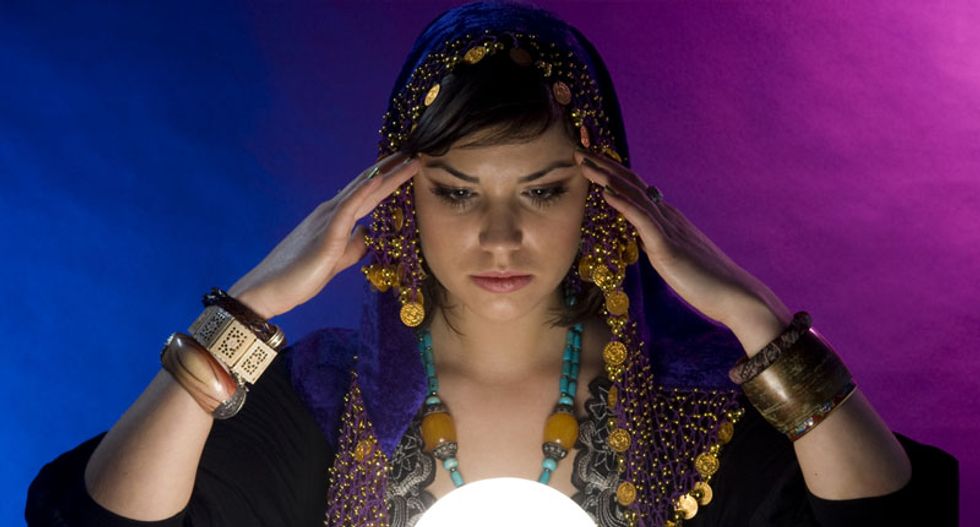 U.S. authorities on Monday said they have shut down a long-running international "psychic" mail fraud operation that bilked more than a million Americans, including many who were elderly or infirm, out of more than $180 million.

In a scheme dating to 2000, the defendants were accused of sending seemingly personalized form letters in which French psychics Maria Duval and Patrick Guerin predicted great wealth, such as winning the lottery, for people who bought products and services to ensure their good fortune came to pass.

One such letter touted how Duval and Guerin shared "clear visions" that recipients would come into "massive sums of money on games of chance," so long as they paid $50 for a "mysterious talisman" and a copy of "My Invaluable Guide to My New Life."

Authorities said people who bought products or services would be "bombarded" with additional solicitations. More than 56 million pieces of mail were sent in the past decade, they added.

"To line their own pockets, the defendants preyed upon the superstition and desperation of millions of vulnerable Americans," U.S. Attorney Robert Capers for the Eastern District of New York said in a statement.

(Reporting by Jonathan Stempel in New York; Editing by Will Dunham)