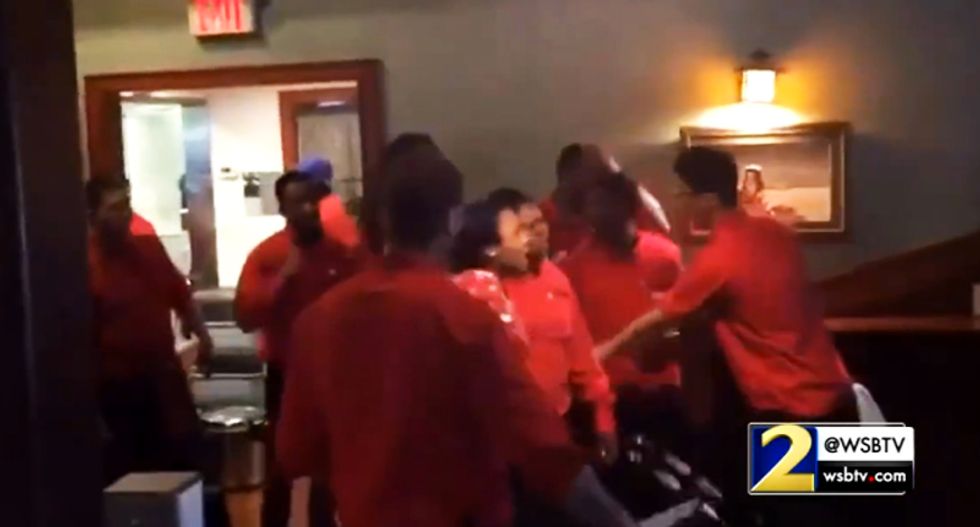 Dinner hour at a Japanese steakhouse in Georgia was cut short on Mother's Day after a patron punched out a busboy for smiling -- and then all hell broke loose.

According to the Journal Constitution, a brawl at the Kiku Japanese Steakhouse and Sushi Bar in East Point sent patrons fleeing when fights broke out in the restaurant, with employees defending themselves by throwing trays and ice buckets.

According to busboy Demonte Harrison he was criticized by a woman for smiling, and when he said it was part of his job, her companion punched him the face before three other men joined in.

According to the owner, the restaurant lost about $5,000 in business as customers fled without paying for their meals.

Police are currently searching for the woman and her companions.

Watch the cellphone video below via WSVB: