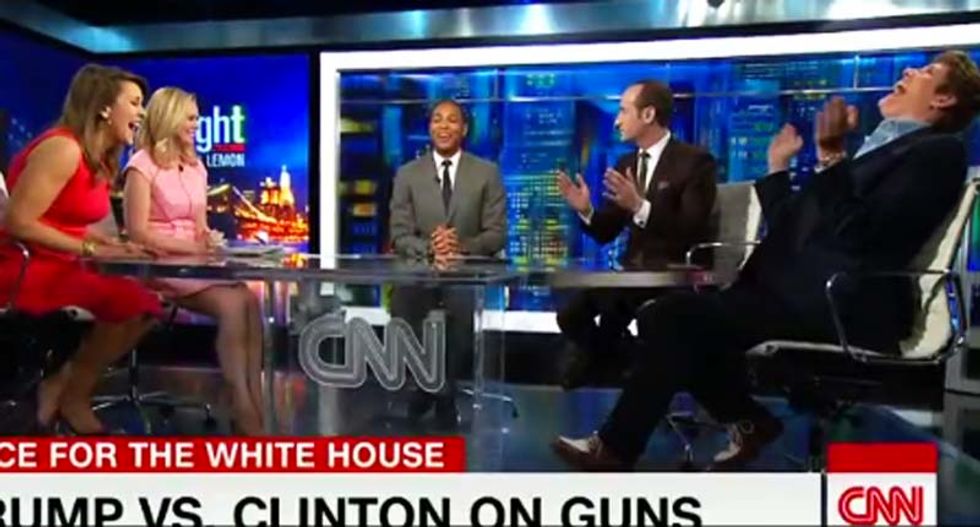 An advisor to presumptive GOP presidential nominee Donald Trump was greeted with laughter and ridicule on CNN Friday night after stating Hillary Clinton wants to abolish the 2nd Amendment.

Earlier in the day, Trump gave a pandering speech to the NRA by attacking Clinton over guns in return for an endorsement from the organization. During he speech he claimed Clinton would destroy the right to own guns.

"Because it's true, " Miller began, before pausing as the entire panel, including Lemon, began to laugh uproariously.

Miller asserted that Clinton wants to overturn the Supreme Court's  DC v Heller decision that shot down a law making it a crime to carry an unregistered firearm and prohibiting the registration of handguns, but still allowed for ownership of other types of weapons.

According to Miller, overturning the decision would mean "the 2nd Amendment would no longer exist."