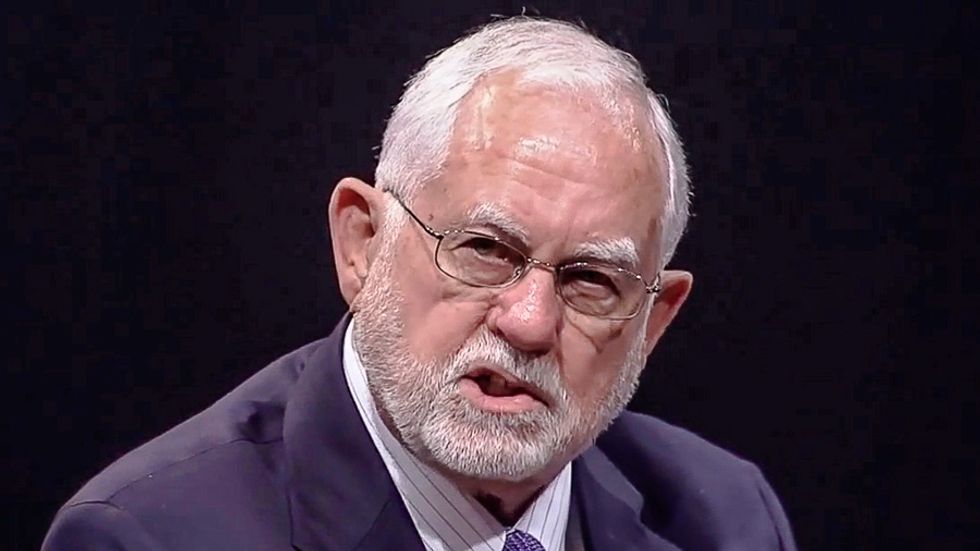 Former North Carolina Speaker of the House Joe Mavretic (D) lashed out at LGBT people on Sunday for transforming the U.S. into what he said was "the most narcissistic-me-individually-oriented culture on the planet."

During a discussion about North Carolina's HB2 law on the NC Spin talk show, Mavretic appeared to have a minor meltdown at the idea of sharing bathrooms with transgender people.

"I'm a little unhappy with the four of you," the former Speaker sarcastically told his fellow panel members. "Because clearly you're not with it."

"Are you going to explain that?" host Tom Campbell asked.

"Now, here's the issue," he continued. "What we're really talking about is the body vs. the brain. We're talking about that issue -- we're talking about biology against psychology. And we're also entering the me su arena of politics where narcissism is prevalent. People want to be me. 'I want this for me.' I've not heard anybody talk about the common good since this first hit the headlines."

"It's all about me!" Mavretic opined. "Well, can a white person want to be a black person and then get minority contracts? Can a female want to be a male and go to the beach and and not have to wear a top like males do?"

According to Mavretic, the United States was "bordering on being the most narcissistic-me-individually-oriented culture on the planet."

NC Policy Watch Director Chris Fitzsimon observed that Mavretic's comments were a "sad statement" to transgender people who "are trying to figure out how to live their lives the best way they can, not hurt anybody."

"I think it's offensive to call them narcissists when they're just trying to live their life," Fitzsimon said.

"Well, I'll tell you what," Mavretic shot back angrily. "We are not politically correct anymore and I can call it what I want to call it. And that's what free speech is all about."