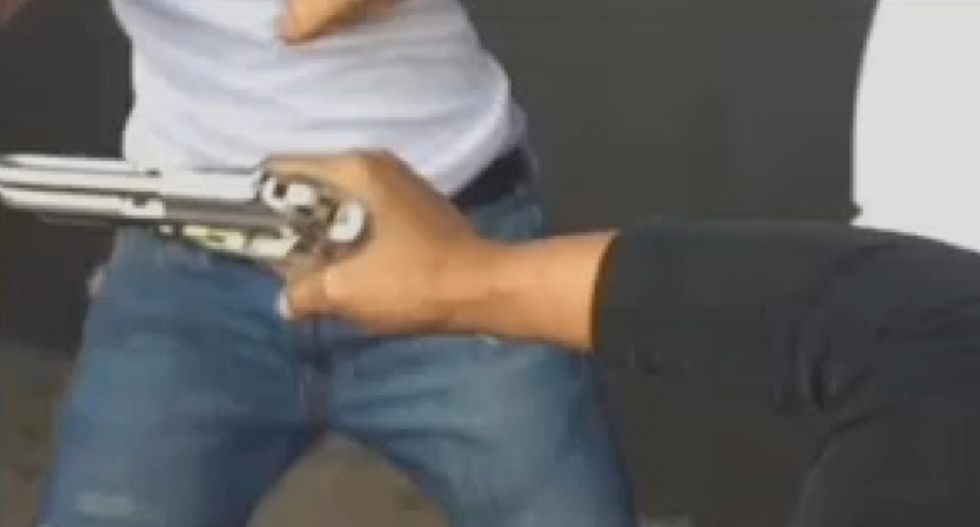 A Mississippi mother was arrested after she allegedly pulled a gun when a campus fight between high school students escalated, Mississippi News Now reports.

Shawana Smith turned herself in after the fight was caught on video. She's accused of bringing a handgun to Forest Hill High School last week and pulling it out when her child became involved in a fight.

There were no injuries, the station reports.

"Any type of weapon that is found on school property should be carried by a person that is authorized to use or carry that weapon," Jerry Moore, Hinds County Constable, told the station.

Smith faces possession of a weapon on school property charges.