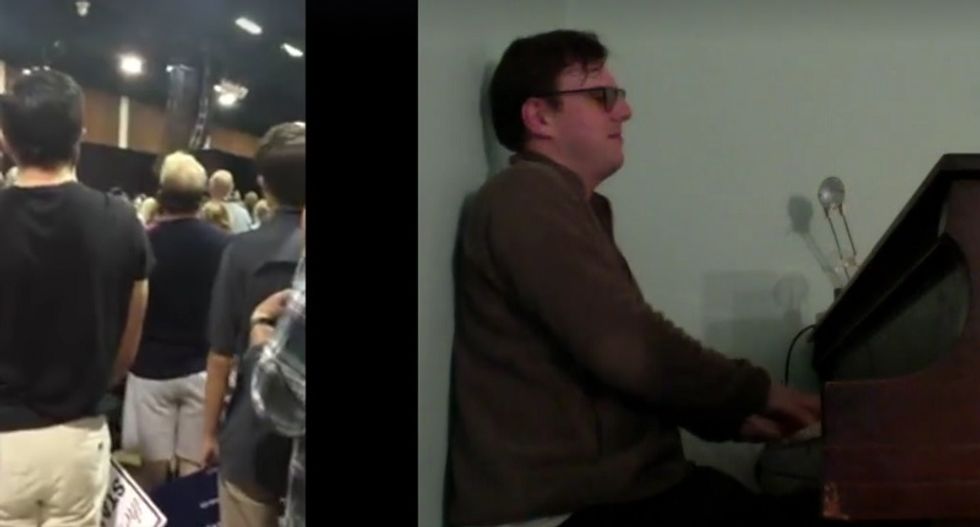 A New York City-based pianist took pity on a particularly poor rendition of the national anthem and made a video of himself accompanying the struggling singer, which he posted to Facebook.

Zach Lapidus created a split-screen of himself gracefully playing alongside the female songstress, who was singing the Star Spangled Banner off key at a Eugene, Oregon rally for GOP front-runner Donald Trump.

"If you saw the video of the Star Spangled Banner at the Trump Rally in Eugene, OR, it was clear that what the singer really needed was just a sympathetic accompanist," he wrote.

The song does, indeed, sound much better with Zapidus playing along.