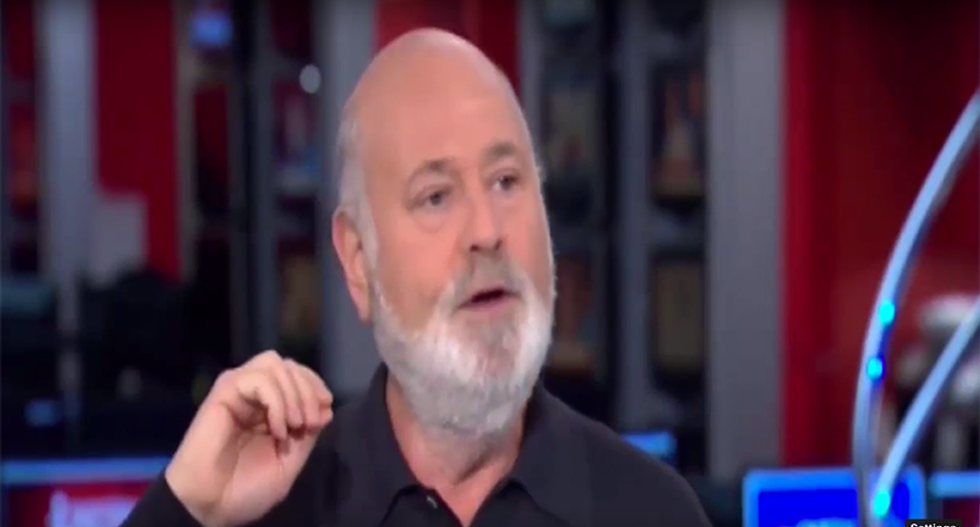 MSNBC's Joe Scarborough and Mika Brzezinski were not happy this morning when activist and director Rob Reiner came on their show and shamed them for helping with the rise of Donald Trump.

Reiner was the director of a new film "Being Charlie," but what he really wanted to talk about was MSNBC's handling of the Trump circus. The MSNBC hosts were so taken in by the freak show that they kept covering him and in a sense helped incite the celebrity and the crowds of tea partiers who love him.

Reiner cited an episode when Bob Woodward appeared, saying that the media must hold "these people," meaning candidates running for office, accountable. "Chris Matthews held Trump accountable on his position on abortion," he said. "He didn't let him up. He kept going at it and it's the most revealing thing that's happened during this entire campaign season."

Reiner even called out MSNBC's Steve Kornacki because he said recently that the ratings will fall when Trump is the eventual nominee. He demanded a better debating style which includes moderators, like Matthews, holding the candidates accountable. “What we have to care about is: what does this man say?”

“Which of course we do,” Scarborough tried to explain.

“He’s not pinned down,” continued Reiner. “I want to hear how he’s going to deport twelve million people.”

Scarborough and Brzezinski had a hard time hearing that they were part of the problem, because they thought they held Trump to a higher standard than they would any other politician. The two tried to explain that they always do that, "I would bet you your proceeds from your next twenty films that I could find you any question that you bring up,” Scarborough asserted. “About the wall, which Mika tried to nail him down on, the Muslim ban — we gave Bob Woodward twenty minutes!” he went on, then discussing the way Woodward grilled Trump on their show about whether Trump was ready to go to war with Mexico.

“So the questions are asked, and they’re repeated,” Scarborough tried to explain.

Reiner wasn't having it and Brzezinski's face looked like she might spontaneously combust. “You act like you’ve got some special sauce!” she finally shouted at him. “Maybe I should stick my heel down [Trump’s] throat and tell him he’s not answering my question. Would that make you feel good? What planet am I on?” she continued.

Both of the hosts have, in the past, been accused of having a closer relationship with Trump than they should.