WATCH: South Carolina McDonalds employees get into wild and bewildering fight over pies 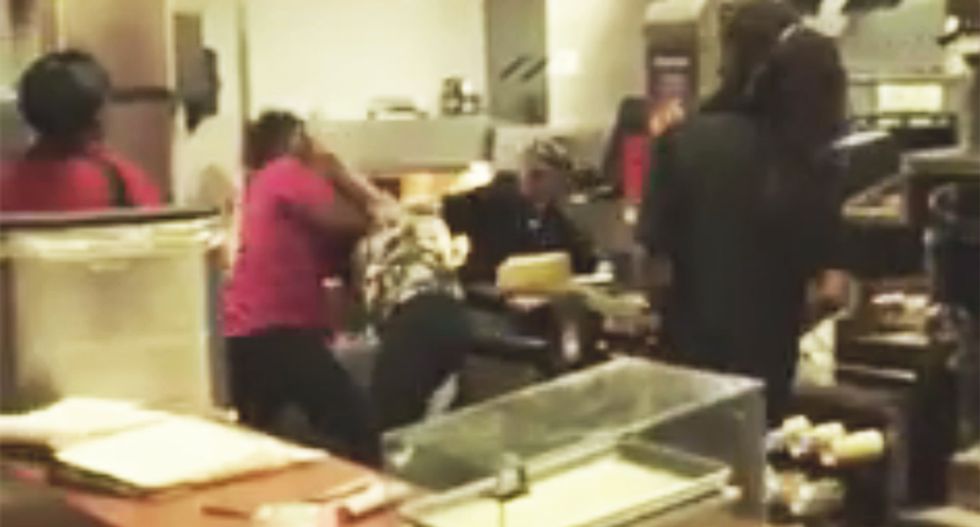 The employees at one South Carolina McDonald's are serious about their pie.

Two women got into a physical altercation just before 10 p.m Wednesday evening. They were arguing over pies when the 35-year-old-employee told the 25-year-old employee that she had to leave the restaurant, saying she would cover the woman's shift. The 25-year-old refused to leave, so the older employee called police, according to WBTV.

The altercation was caught on video by Noah Smith III who uploaded it to Facebook: