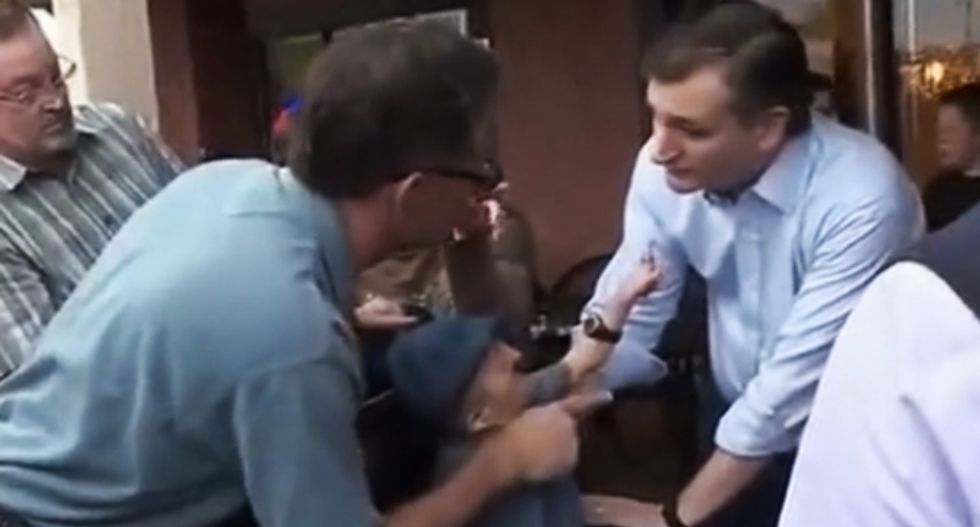 Campaigning in Indiana, GOP presidential contender Ted Cruz had a tense encounter with a family member of a disabled man who extolled the virtues of the Affordable Care Act -- legislation the Texas senator wants to dismantle.

In video posted by Mediaite's Tommy Christopher, Cruz can be seen stopping to speak with a disabled man -- identified as Scott -- in a wheelchair that grew heated as a caretaker got in the candidate's face.

Although the conversation is mostly obscured by crowd noise, a man assisting the disabled man appeared to take Cruz to task for his antipathy towards Obamacare.

The unidentified man can be heard saying, “people like him would not be able to get health insurance at all,”

“There’s no doubt that we need to provide care…” Cruz replied, but was quickly cut off.

“I can tell you millions have lost their health care at the same time,” Cruz shot back.

“Well, but it made a difference to some,” the man disgustedly replied while indicating the man in the wheelchair.

Watch the video below uploaded to Daily Motion: