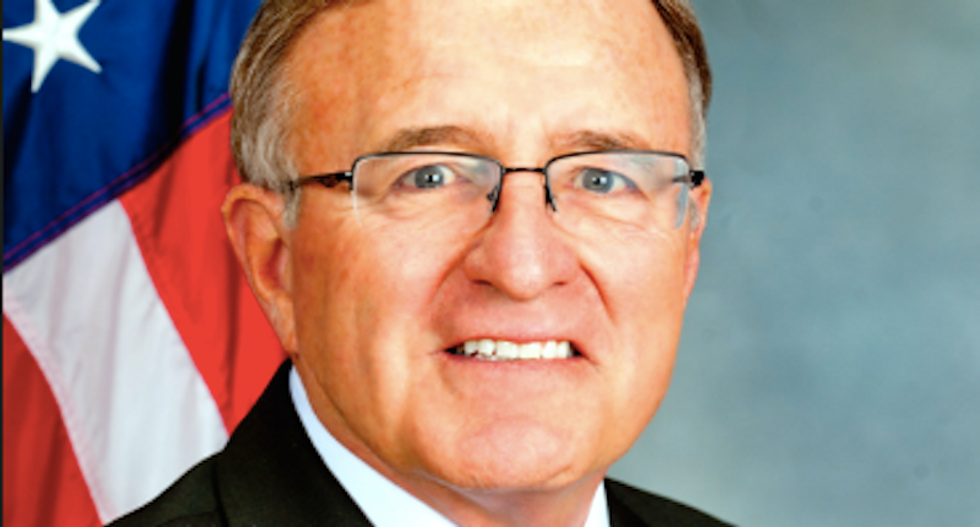 A wealthy New York businessman has made it his personal mission to defeat state lawmakers who won't pass a bill to allow child sex abuse survivors to sue their abusers.

Gary Greenberg, a minority owner of the Vernon Downs racetrack, has pledged $100,000 of his own money to unseat state Sen. John DeFrancisco (R-Syracuse) and other lawmakers who oppose a bill that would eliminate the civil and criminal statute of limitations for child sex abuse crimes, reported The Post-Standard.

DeFrancisco is the Senate deputy majority leader and an attorney who specializes in malpractice litigation, said he won't bow to political pressure and back a bill that would grant victims a one-year window to sue abusers and their employer for abuse that happened decades ago.

"To go back forever, witnesses die, recollections get worse as time goes on," DeFrancisco said. "I think it's something that should not be done because statute of limitations have a purpose. The purpose is to make sure there is a proceeding based upon fact."

The 57-year-old Greenberg, who is the victim of childhood sexual abuse himself, has formed the new Fighting for Children PAC seeded by his own six-figure contribution.

He said DeFrancisco's argument against lawsuits involving decades-old claims ignore the fact that victims must still prove their claims to win their cases.

"We have a jury system in this country," Greenberg said. "In civil cases, there's juries. They decide the facts."

Greenberg said the criminal statute of limitations has allowed perpetrators to get away with their crimes and continue abusing others, and he said civil suits allow those abusers to be identified and stopped.

DeFrancisco is his No. 1 target, but Greenberg recognizes he won't be able to defeat the 12-term senator, who's raised a Senate-high $1.3 million and does not have a Democratic opponent.

Greenberg hopes to recruit an independent challenger if the GOP-controlled Senate fails to pass the Child Victims Act.

"We're going to come into his district," Greenberg vowed. "We'll give talks. We've heard from victims up there. We'll run ads. We're going to let people know his position on this."

He'll also go after other Republican lawmakers who oppose the pending bill.

Greenberg spent several years about a decade ago trying to get a similar measure passed, but he said the Senate refused to debate the bill under pressure from the Catholic Church.

Instead, the Assembly passed a compromise bill sponsored by DeFrancisco that extended the statute of limitations for criminal action in child sex abuse cases but does not allow for lawsuits involving decades-old abuse claims.