While officials in Vermont focused on heroin, violence over crack cocaine surged 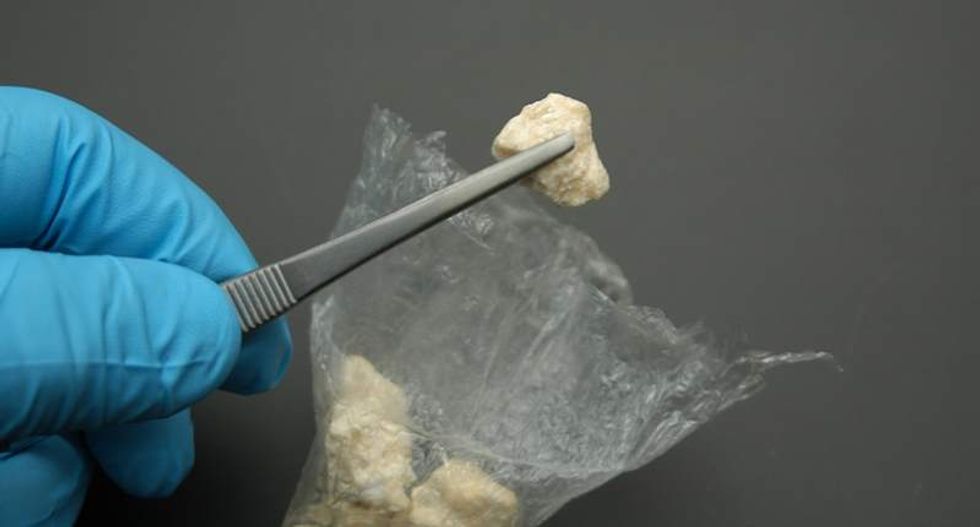 'Crack cocaine ready for testing in the lab' (Shutterstock)

Last December, in Northfield, Vermont, three people poured gasoline over a young couple and lit them on fire in an attempt to obtain crack cocaine.

Twenty-two-year-old Brittany Burt died and her boyfriend Efren Serrano, 26, was treated for severe burns at Massachusetts General Hospital in Boston. He survived, but his face was burnt beyond recognition.

Serrano told medical personnel that the people broke into his apartment before pouring the gasoline on him and Burt, according to the Bureau of Alcohol, Tobacco, Firearms and Explosives (ATF). A neighbor told state police investigators that he heard screaming from Serrano’s apartment. That neighbor opened the door to see Serrano on fire, and called 911.

State Police arrested three Vermonters: 45-year-old Tammy Wilder, 33-year-old Jonathan Zampieri and 32-year-old Howard Hoisington. A confidential source, according to the ATF affidavit, told investigators that the three “went to that house last night to rob them,” and that they were planning to steal drugs. Court documents stated that Wilder, Zampieri and Hoisington were looking for crack cocaine.

The day after Christmas, 28-year-old Brooklyn resident Obafemi Adedapo was shot several times on a crowded street in Burlington, Vermont. He was carrying crack cocaine. Police say Adedapo is known by the New York Police Department as a member of the Cashford Crips, a gang based in Brooklyn, and that he most likely was a crack dealer.

Crack cocaine wasn’t even on the average Vermonter’s radar until these incidents. But they illustrate how law enforcement approaches can backfire: When authorities crack down on one drug (in this case, heroin), the illegal drug market tends to shift toward a different drug, leading to violent struggle for control of new revenue streams. It’s another of the drug war’s unintended consequences.

Vermont police have reported a surge in crack use. “I think there’s so much attention on heroin, but let’s not lose sight of other addictions and other problems,” Montpelier Police Chief Anthony Facos told me in a Barre-Montpelier Times Argus interview in early December, just a few weeks before the two deadly incidents. “Crack cocaine is very much here, as well. It is significant in the region.”

He and other law enforcement were puzzled that media weren’t paying much attention to crack cocaine. But since January 2014, Governor Peter Shumlin has been focusing heavily on opioid problems. He famously designated his entire 2014 state-of-the-state address to the issue, which he said was gripping Vermont.

Since then, treatment, law enforcement and media have been concentrating on heroin. At the time, Vermont had the highest rate of heroin use per capita. According to Vermont State Police, heroin-related problems have only increased since Shumlin’s speech.

John Merrigan of Vermont State Police’s Narcotics Investigation Unit says that he began to notice crack making a huge comeback in the summer of 2015. (This is difficult to confirm objectively because crack doesn’t often lead to overdose, so measures such as calls to poison control aren’t reliable).

But here’s how crackdowns on any given drug can actually make drug-related problems worse.

“There’s a well described and common phenomenon called the ‘balloon effect,’ where enforcement in one area doesn’t get rid of a problem, it simply simply moves it elsewhere,” says Steve Rolles, senior policy analyst for Transform. “It’s a characteristic of drug enforcement across the world. The displacement can be geographical, or it can be between drugs. What history shows is that demand for drugs, and the incentives this creates for criminal profiteers it creates can’t be eradicated with enforcement. The market just mutates and finds a new equilibrium. At best enforcement is futile, but more often it actually makes things worse.”

“We had a lull in crack,” says Merrigan. “It wasn’t gone but we definitely saw a decreased amount in Vermont for maybe the last 18 months or two years.” During this time, heroin use reportedly skyrocketed.

“But, for the last six months there’s been a resurgence [of crack],” Merrigan says. “We’ve been seeing it a lot more.”

Jim Johnson (not his real name), a Vermont crack user and dealer interviewed for this story, was unsurprised by the deadly gasoline incident. “I didn’t have no reaction,” he says. “I’m not saying things like that [should] happen, but you see some things when you’re buying crack, on crack and selling crack.”

Jim Johnson (not his real name), a Vermont crack user and dealer interviewed for this story, was unsurprised by the deadly gasoline incident. “I didn’t have no reaction,” he says. “I’m not saying things like that [should] happen, but you see some things when you’re buying crack, on crack and selling crack.”

Rolles explains the context of such violence.

“The War on Drugs has completely failed to eradicate drug markets, which continue to grow nationally and globally,” he says. “What it has achieved is to dramatically inflate the price of drugs, and give control of the market to gangsters and street dealers. In the absence of formal legal regulation, violence becomes the default regulatory tool. Violence is used to enforce contracts, intimidate rivals, expand markets and settle differences. It’s the same story from Vermont to Bogota or Kabul.”

According to Merrigan, drug-related violence in Vermont has been a lot more prevalent in the last year than ever before.

He says of the distribution routes: “More often than not [crack is] distributed by the same people that distribute heroin. You can buy heroin and crack together.” Traffickers come up from cities like New York City, Hartford, Connecticut and Springfield, Massachusetts. They will typically double the price of their product.

But it’s not just out-of-staters: Vermonters, often people looking to fund their own drug use, will also drive down to the cities to pick up crack for themselves and make a profit. Vermonters also work in distribution networks for out-of-state dealers, according to Vermont State Police. All the dealers need to do is bring up product. Everything else is already set up for them.

Although the sources of the drugs are similar, Merrigan thinks that heroin and crack are used by different parts of Vermont’s population. “There is a difference between the two regarding socioeconomic backgrounds,” he says. “Crack is usually associated with people with a little less money and a little more low income.”

Rolles believes the only solution to Vermont’s drug problems and the associated violence is legalization, which would mean that government authorities, rather than criminal profiteers, would manage the markets.

“The socially corrosive impacts of the illicit market would be dramatically reduced and the balloon effects of localized or drug-specific enforcement ended,” he says.

Gina Tron is a freelance journalist and author who lives in Vermont. You can follow her on Twitter: @_GinaTron.