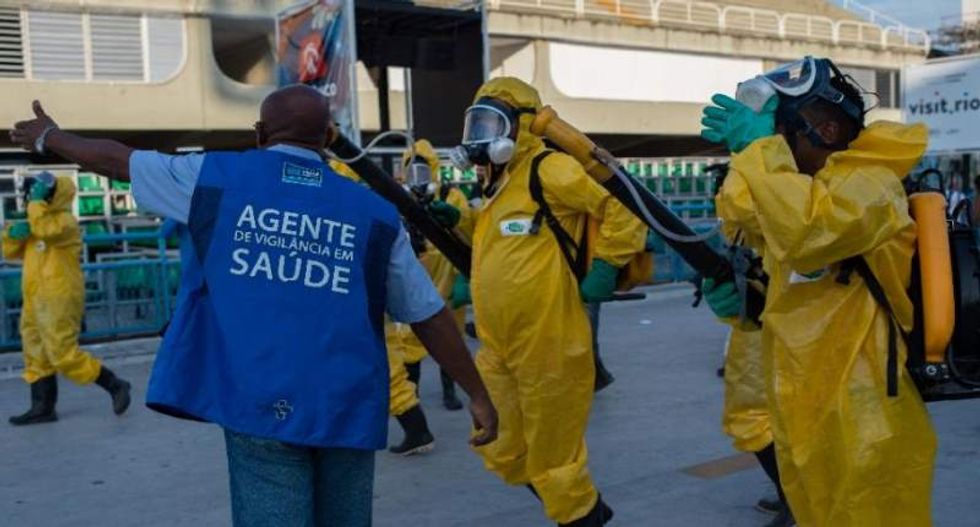 The U.S. House of Representatives passed a bill on Wednesday to provide $622.1 million to control the spread of the Zika virus, far below President Barack Obama's request and lower than Senate legislation.

The bill passed the Republican-controlled House 241 to 184, largely along party lines, and sets up a confrontation with both the Republican-majority Senate and the Democratic Obama administration.

The White House has threatened to veto the House bill, saying it was "woefully inadequate." The Obama administration has requested $1.9 billion.

On Tuesday, the Senate cleared the way for expected approval by the chamber on Thursday of $1.1 billion to fight the mosquito-borne Zika virus, which has been linked to birth defects.

Unlike the Senate legislation, the House bill requires that the $622.1 million be fully offset with spending cuts elsewhere.

Many conservative Republicans in the House refuse to approve Zika funds that would add to federal budget deficits, while Democrats and some Senate Republicans favor treating the problem as an emergency that would not have to be financed with spending cuts.

House Republicans argue their bill, when coupled with $589 million the Obama administration already shifted to Zika from unused funds to battle Ebola, would provide enough money through Sept. 30, the end of this fiscal year.

It was unclear how long it might take the Senate and House to work out their differences once they pass their respective bills.

U.S. health officials have concluded that Zika infections in pregnant women can cause microcephaly, a birth defect marked by small head size that can lead to severe developmental problems in babies.

The World Health Organization has said there is strong scientific consensus that Zika can also cause Guillain-Barre, a rare neurological syndrome that causes temporary paralysis in adults.

Last year, Brazil began detecting an increase in microcephaly, and the virus has been spreading rapidly in the Americas, with new cases now being reported in warm climates in southern U.S. states including Florida.

The Obama administration says it needs the emergency funds to help state and local governments eradicate mosquitoes that spread the virus and to develop a vaccine.