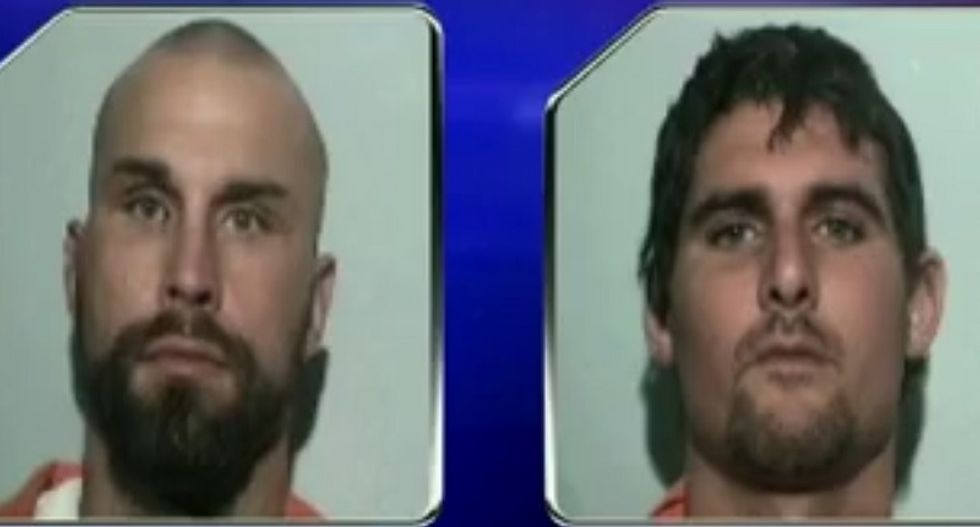 A black Ohio man says he had his eye socket fractured by two white men in a pick-up truck that called him a racial slur and a f*g, ABC13 reports.

Charles Edward Butler, 33, and Robert Allen Paschalis, 25, have been charged in the attack, Cleveland.com reports. The attack happened last week.

"Two guys pulled up in a pickup truck and called me a fag. Then they rode down this way like they were about to turn around," the victim, Adrian Williams, told ABC. "The two guys jumped out of the truck and called me a racial slur. They called me the N word. When he jumped out I grabbed a bat out of my truck hoping that they would back up and go about their business."

Instead, Williams ended up with a broken orbital bone and damage to his right eye.

Butler and Paschalis were charged with assault, and Butler was charged with "ethnic intimidation," the website reports.

Williams told police he was loading tools into his truck when the two approached him. They called him the N word and the homophobic slur. Williams said he began to back away and grabbed a baseball bat from his truck for self-defense.

Butler grabbed a broom from William's truck and began to beat him with it while Paschalis punched him.

"It just caught me totally off guard. I have never see these guys in my life," Williams told ABC.

A nearby business caught the beating on surveillance camera, and men working nearby came to Williams' aid.

"The guys at the rim shop came down," he said. "A blessing from God. They came down and told them they had to leave him alone."

Watch the report, from ABC13, here: