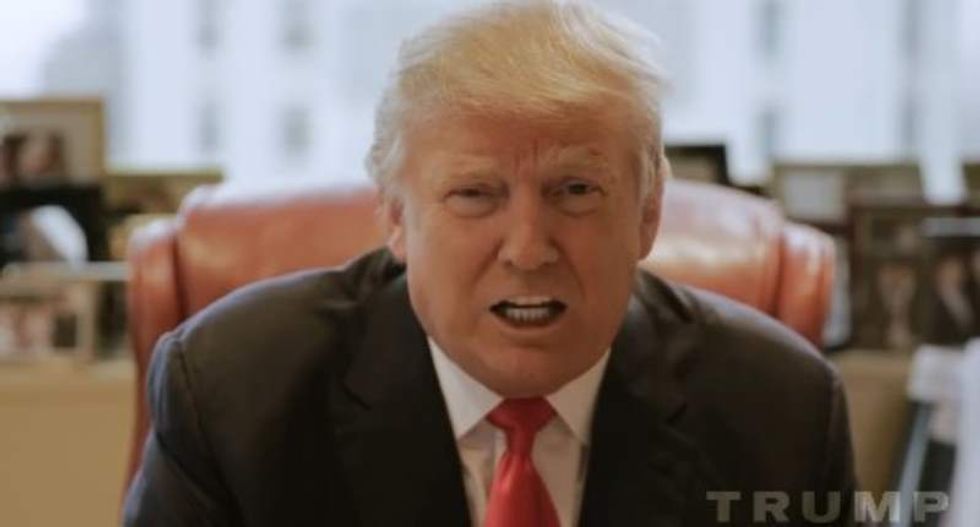 Donald Trump appears in a video attached to a fundraising plea on his Facebook page on June 29, 2016.

Republican presidential candidate Donald Trump -- who boasted throughout the primary that he was self-financing his campaign -- used his Facebook page as a fundraising platform on Thursday.

A short video featuring the presumptive GOP nominee's views on immigration was attached to a request for donations ranging from $10 to $2,700.

Earlier this week, a Scottish lawmaker, Natalie McGarry, revealed that she and several colleagues received fundraising messages from Trump and his son Eric.

Watchdog groups have already contacted the Federal Elections Commission calling for sanctions against Trump for apparent violations of federal law barring contributions from foreign nationals in US elections.

"It is a no-brainer that it violates the law to send fundraising emails to members of a foreign government on their official foreign government email accounts," said Paul S. Ryan, deputy executive director of the Campaign Legal Center. "And yet, that’s exactly what Trump has done repeatedly."

The video can be seen below.