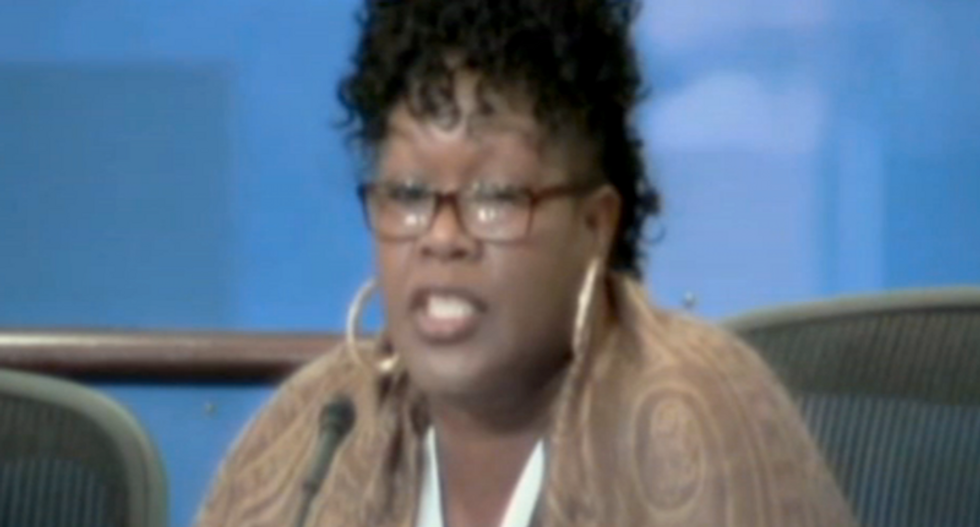 An Alabama city councilwoman made a series of outrageous -- and mostly inaccurate -- arguments in her attempt to claim a proposal to honor victims of the Holocaust was racist against black people.

Sheila Tyson doesn't want the city to pay $45,500 to remove existing buildings on the site of the Birmingham Holocaust Education Center, which has raised about $500,000 to build a memorial park alongside a 9/11 memorial, reported AL.com.

Tyson, who has previously asked the city to pay for repairs at the historically black Shadow Lawn Cemetery, said she didn't understand why the city should help the privately funded memorial project.

City Attorney Thomas Bentley, whose parents are buried in Shadow Lane, sighed and tried to explain how the black cemetery was a private entity, while the Holocaust memorial expressed the city's remembrance.

"I'm not sure I have the vocabulary or explanatory power to indicate the distinction although it's clear to me from a legal standpoint that there is a distinction," Bentley said.

"This is the oldest cemetery in the world," Tyson said. "If this isn't a tourist attraction I want to know what is. President Obama's wife's great, great granddaddy is buried out there."

City Council decided to table the issue for another week until the project's developer could answer questions for Tyson and other reluctant officials.