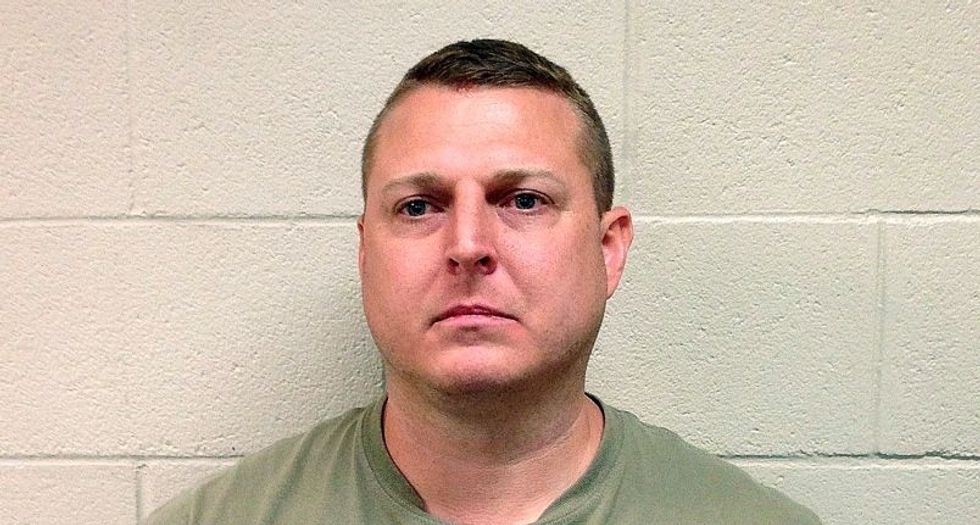 A North Carolina man faces ethnic intimidation charges after leaving bacon at a mosque and making death threats to its members as they prepared for worship in observance of Ramadan, Islam's holy month, authorities said on Friday.

Russell Thomas Langford of Fayetteville was arrested late on Thursday, the Hoke County Sheriff's Office said. He is a major in the U.S. Army Reserve, WTVD-TV in Raleigh said, quoting officials at Fort Bragg military base in North Carolina.

On Thursday afternoon, members of the Masjid Al Madina in Raeford found two packages of bacon at the mosque entrance, the sheriff's office said.

Observant Muslims are prohibited from consuming pork products. Ramadan is Islam's holy month, during which believers abstain from eating and drinking during daylight hours.

Langford is charged with ethnic intimidation, assault with a deadly weapon, going armed to the terror of the public, communicating threats, stalking and disorderly conduct, the sheriff's office said in a statement.

Officials with the sheriff's office and Fort Bragg military base could not be reached for comment on Friday.

"We have called for stepped-up police presence not only for that mosque but others in that state," said Ibrahim Hooper, spokesman for the Council on American-Islamic Relations, a Muslim advocacy group.

"Every mosque all over the country has nightly Ramadan activities, so they're vulnerable," he said.

A Chevy Tahoe was in the parking lot when the bacon was found, and the driver of the Tahoe, later identified as Langford, followed one of the members home, the sheriff's statement said.

The suspect returned in the evening, showed a gun to one of the members, a retired Army captain and Muslim chaplain at Fort Bragg, and threatened to kill him, according to a report by WRAL-TV in Raleigh, N.C.

The chaplain invited him inside to talk, but the man left, the report said. Later, the man returned in his SUV and tried to run over a group of people who were going inside the mosque for evening Ramadan prayers, the report said.

Investigators found firearms, ammunition and other weapons inside Langford's vehicle, according to the sheriff's statement.

(Reporting by Karen Brooks in Fort Worth, Texas; Editing by Howard Goller)

On Monday, The Daily Beast reported that even as Rep. Marjorie Taylor Greene (R-GA) publicly raged against big tech companies as being a kind of shadow government silencing the free speech of conservatives, she and her husband made tens of thousands of dollars trading these companies' stocks.

"According to her latest financial disclosure form, released on Feb. 19, Greene and her husband sold anywhere from $49,000 to $210,000 worth of shares in Facebook, Google, Apple, and Amazon on Jan. 20," reported Sam Brodey. "It's unclear exactly how much Greene and her husband, Perry, made from each individual company stock, since congressional forms only list broad value ranges, but it may have been as much as $65,000 each for the four tech stocks. Some shares were owned jointly between the couple and others were owned solely by her husband."