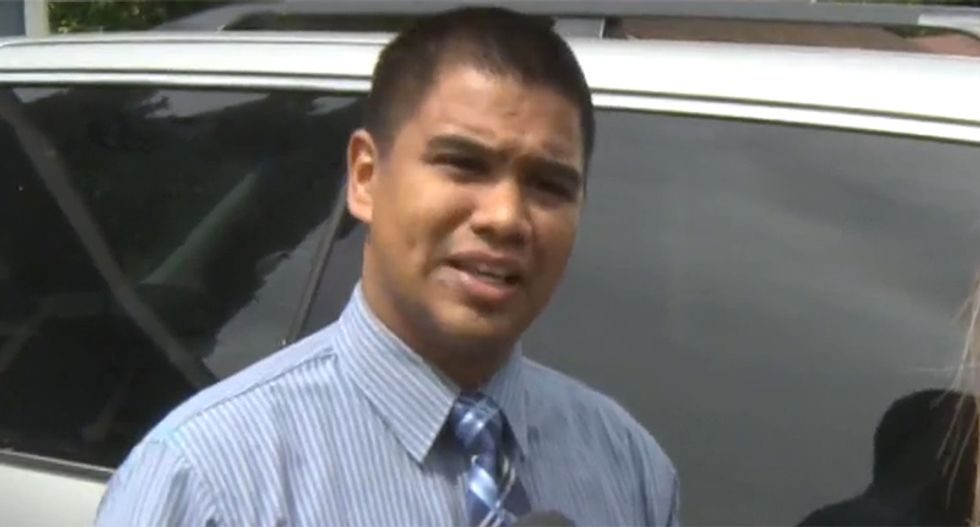 The Sacramento, California pastor of Verity Baptist Church went viral yesterday, after news of his sermon after the Orlando shooting spread.

YouTube has since removed the video of the sermon deeming it “hate speech,” but Pastor Jimenez is doubling down on his message, according to an interview with ABC10 News.

“The bible does teach that homosexuality deserves the death penalty," he said, admitting he has no regrets for his sermon. "Leviticus 20:13 says that if a man lie with mankind like he does with a woman, both of them have committed an abomination and will surely be put to death. Romans 1 says that they which commit such things are worthy of death,”

Jimenez attempted to explain his philosophy is "if people die who deserve to die, we don’t need to be mourning that."

He's also opposed to the gunman who did the shooting, however. "This gunman there that shot people up, the bible says he deserves to die, he died and we shouldn’t be mourning his death, either. That’s the whole point I was making, and it’s been taken out of context.”

He wants people to understand, however, that his comments are not encouraging people to kill LGBT people.