Bill Maher hammers Megyn Kelly's Trump interview: 'You know what was out of bounds? Journalism' 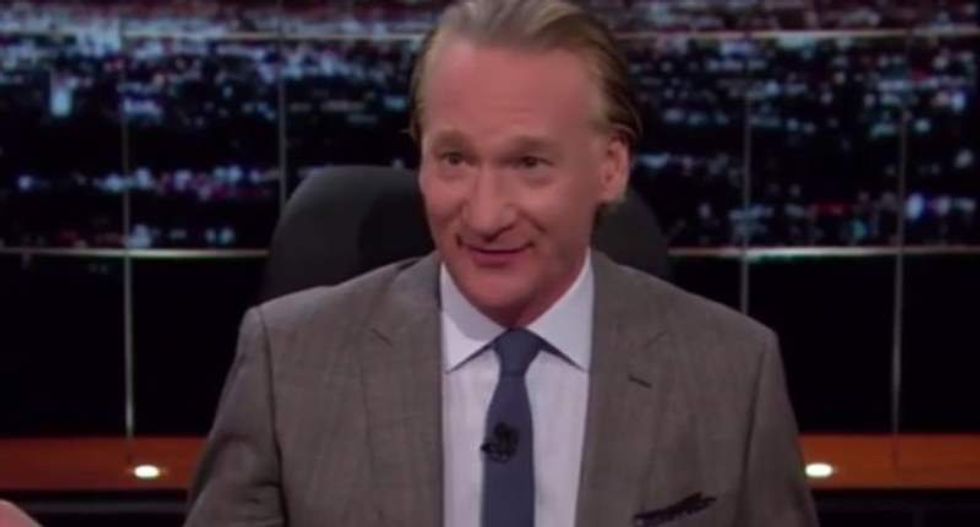 Real Time host Bill Maher got upset with Reason editor-in-chief Matt Welch on Friday when Welch listed Megyn Kelly as a journalist who has been able to stand up to Donald Trump.

"Can we go through this bullsh*t for a second?" Maher said. "Megyn Kelly asked him one tough question at the debate."

He then recounted Trump's belligerent response to the Kelly File host, which included insulting her in interviews and distributing online harassment from his fans toward her.

"Then she comes begging him for an interview where she says, 'Nothing is gonna be out of bounds,'" Maher recalled. "You know what was out of bounds? Journalism. She didn't ask one tough question. It was a profile in cowardice."

"That was not a high-point interview, I agree with you,"Welch responded. "But I was impressed with her in the debate and in other debates with other candidates."

Suddenly, an audience member laughed at Welch's remark, prompting him to snap, "That's not funny."

Maher also slammed MSNBC for spending so much time covering the Republican candidate.

"The people who are supposedly the liberal network who want to stop him," Maher said sarcastically. "They cover every word he says like it was a papal visit to America."